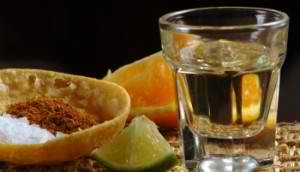 Any man worth his salt knows which liquor is which and how to mix said liquors into various alcoholic confections to loosen up your friends and associates. A good bartender is always welcome in any circle, and a well-versed one can be a true blessing to any social group. Your bartender buddy may know all of the finest wines, tequilas, rums, whiskeys, vodkas and gins… But here are three liquors that even a seasoned veteran of the drink-mixing wars may be unfamiliar with. Hit it.

Number one on this path of obscurity is actually the national spirit of Holland. Resembling gin in flavor, jenever is actually considered to be the origin of its popular cousin. Jenever and gin are both made from the same juniper plant and in the earlier portion of the 19th century our American forefathers were actually importing more jenever than gin. All those gin cocktails we love were originally mixed with jenever instead, before the winds of change altered our nations tastes. English distilleries decisions to opt out of the malt wine content in jenever gave rise to gin as we know it today. Despite the drink’s fall from grace on our shores, the Dutch still dig it and continue to keep it history alive. If you’re going to try it know that jenever comes in two forms oude and jonge, or “old” and “young”. Jonge jenever is typically served cold (like vodka) and jonge jenever is better off at room temp (like a whiskey).

Number two on our lists hails from Mexico much like its counterpart, tequila. Mezcal (much like jenever) is in many regards the primitive ancestor of your average tequila. What separates the two drinks? Tequila is made with strictly blue agave; whereas mezcal’s distilling requirements aren’t nearly as strict.

Mezcal is born from the heart of the agave plant (la pina) and unlike tequila isn’t well known for its smooth aftertaste. Mezcal comes in both golden and white forms and also is where you’ll typically find what are often considered tequila worms soaking in. Growing exportation of mezcal to the United States and other countries has helped boost the drinks popularity. Despite its similar name to mescaline, the two aren’t related in effect or in any other way.

Our final entry into the obscure spirit category comes from Brazil and is called cachaça. This is the most popular drink in the country, and for good reason. Fermented sugarcane juice anyone? This stuff is basically known as Brazilian rum (although true rum is typically made with molasses).

Brazil producers 1.3 billion liters of this stuff a year which is chocking when you consider the fact that cachaça isn’t popular anywhere in the rest of the world. In other words it’s all drank locally. Outside of Brazil the drink is only really used in tropical cocktails, and if you can locate it, that’s what its best served in.