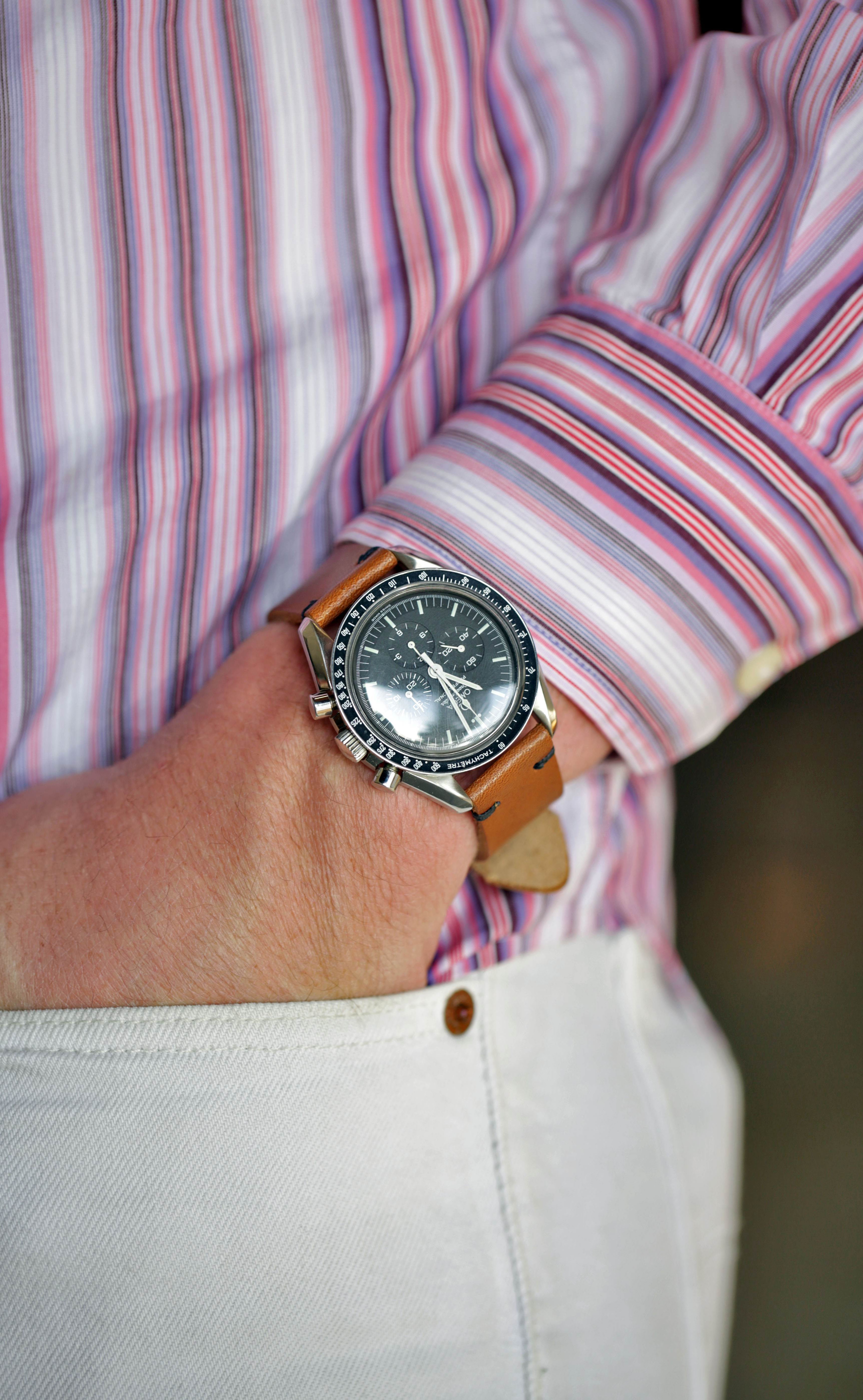 From the World’s most famous chronograph, Omega Speedmaster Pro (Moonwatch) is a unique masterpiece for all ages and occasions. Omega SA, a Swiss luxury watchmaker, is the proud creator and innovator behind the Omega Speedmaster Series.

Why Is Omega Speedmaster Called the Moonwatch?

The Omega Speedmaster line of watches was first introduced in 1957, and it was first seen on the wrist of famous Astronaut and legendary Buzz Aldrin in the historic moon landing in July 1969. It has been 49 years since the watch first landed on the moon, and earned its title of “Moonwatch.”

The Omega Speedmaster (Moonwatch) has been on six moon landings and has accompanied the astronauts on every US manned spaceflight since 1969. It is a horological and space history hero in the chronograph world. From Gemini to the current International Space Station program, the Omega Speedmaster Pro is the only piece of equipment used by every astronaut for timekeeping. 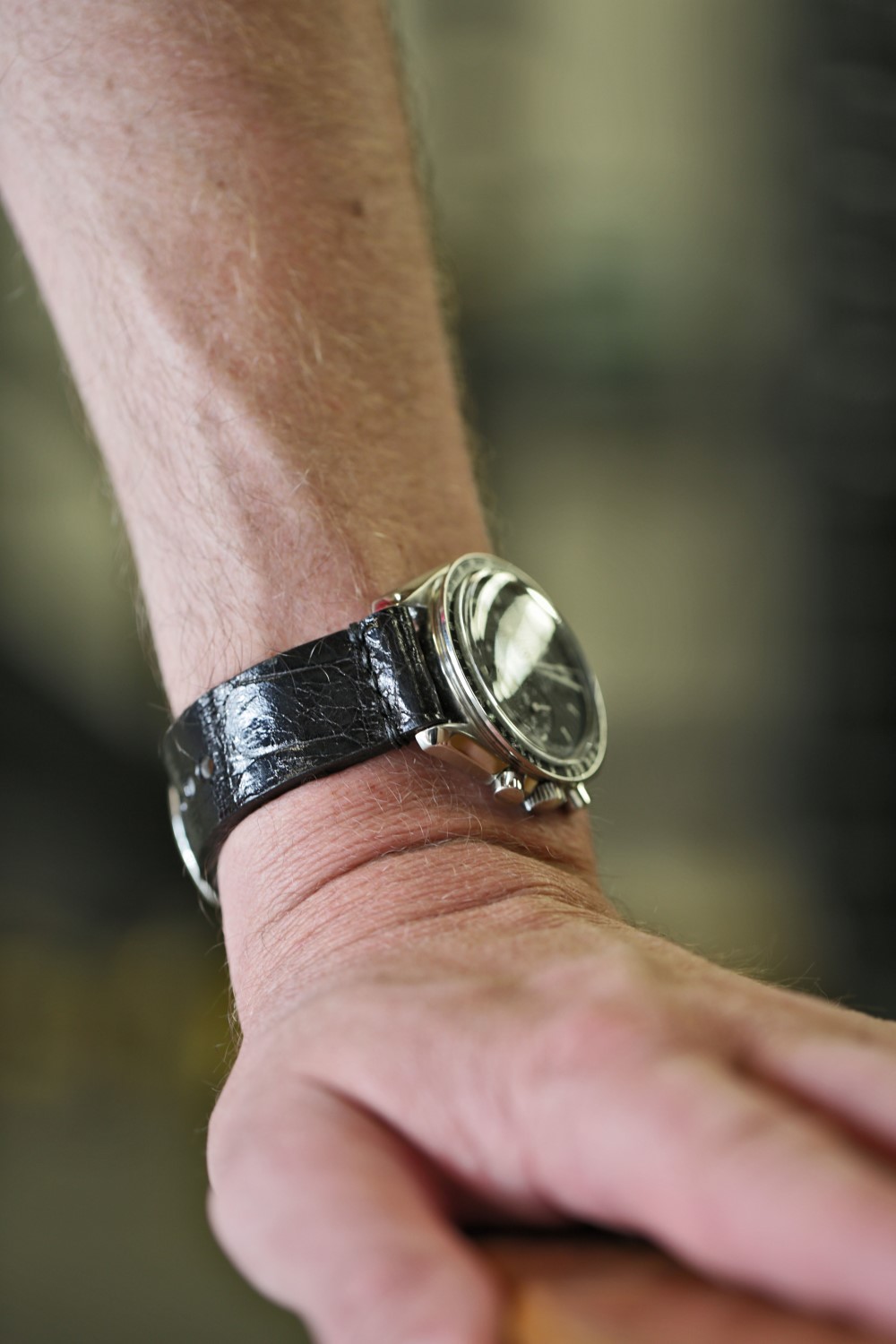 What Is the History of Omega Speedmaster (Moonwatch)?

The Omega Speedmaster Professional series was first launched in 1957, sixty years ago. It set a new standard of aesthetics in the industry when it became the first chronograph to every display a tachymeter scale on the bezel.

It was among the three professional chronographs launched by the Swiss brand. The sister series included Seamaster and the Railmaster. The 42 mm chronograph was designed to measure elapsed times and speed with chronograph and tachymeter functions. The series offered high-precision and water-resistance for an easy-to-read functionality.

“I believe that this nation should commit itself to achieving the goal, before this decade is out, of landing a man on the Moon and returning him safely to the Earth. No single space project in this period will be more impressive to mankind, or more important for the long-range exploration of space.”

This opened up a new portal of opportunities for the technological experts, fields, and industries. The heat of a new-era competition was ignited, and every corporation began brainstorming ways to enter the race. 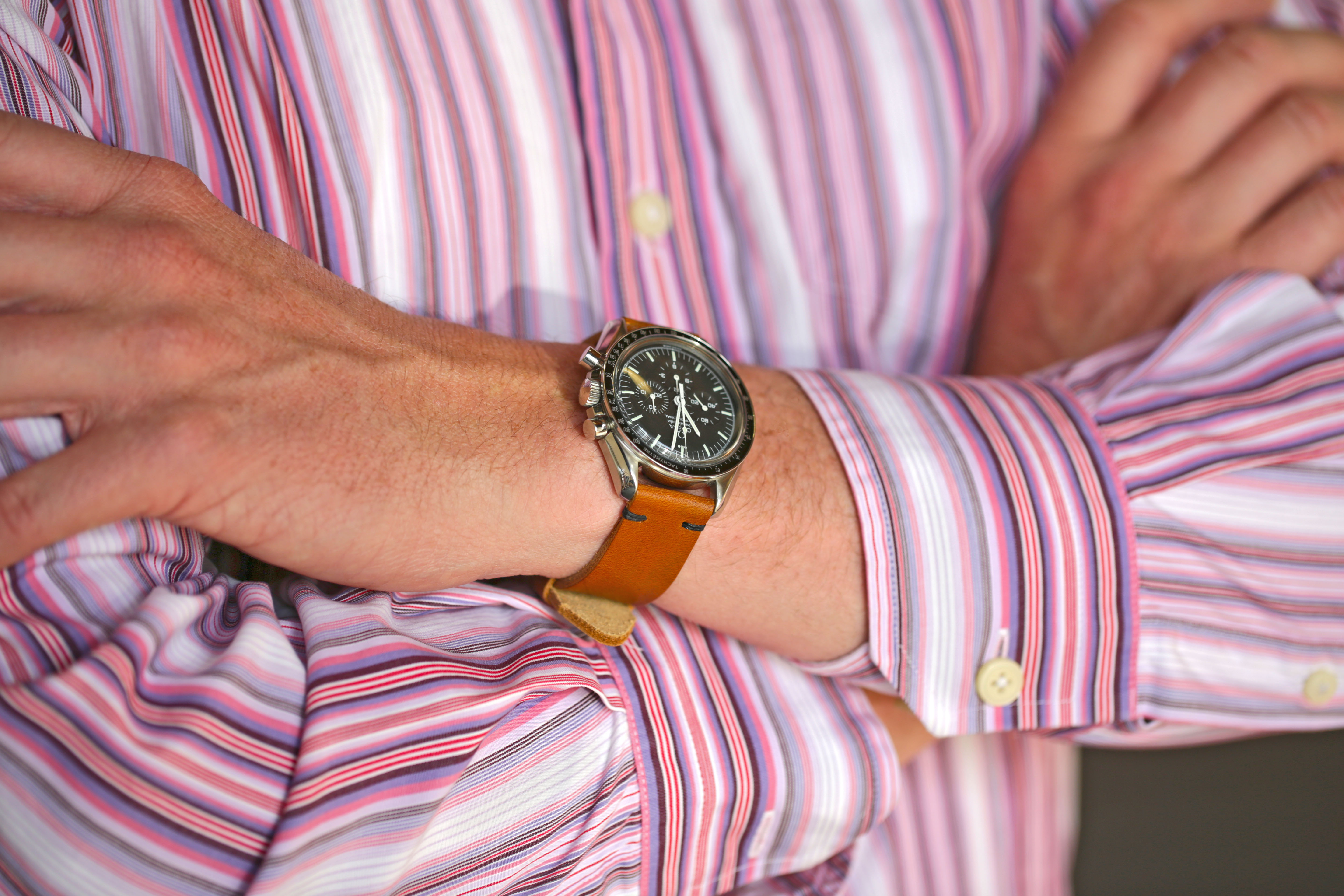 While the entire world believes that the Omega Speedmaster Pro (Moonwatch) first entered the space in July, 1969, it isn’t quite true. Omega’s ‘unofficial’ maiden voyage into space happened in the year of 1962 when Walter Schirra from Mercury programme orbital flights wore the “CK 2998 Speedmaster.”

In 1964, amidst the chaos of the space race, the astronauts filed a petition for backup timing devices on their space mission. Flight Crew Operations Director, Deke Slayton issue a memo addressing the NASA management and specifically asked for “a highly durable and accurate chronograph to be used by Gemini and Apollo flight crews.”

This petition and demand paved a new way for the chronological world to enter the race of the giants. 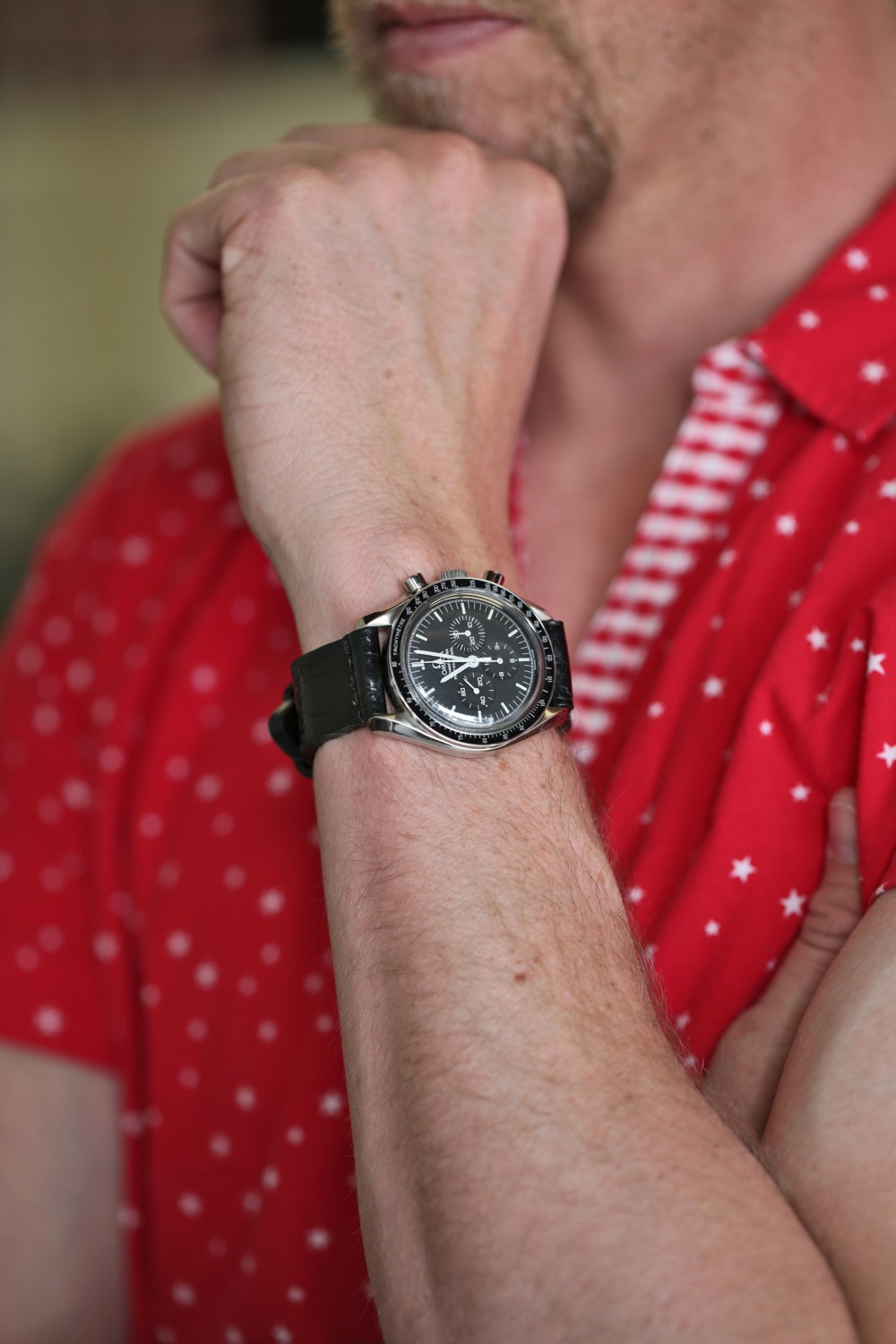 The Battle of the Beasts:

When different corporations submitted their prototypes to NASA, the tests were “designed literally to test the watches to destruction.”

The submitted designs and prototypes were subjected to extreme tests, such as massive oscillations in temperature, from 93ºC to -18ºC. The Omega Speedmaster Pro (Moonwatch) easily aced the weather and temperature tests.

The next step tested the watches for extreme gravitational forces, and the watches were subjected to shocks of 40 g’s, along with high and low pressure situations. The Omega Speedmaster Pro passed the stage and moved on to the next stages.

The next stages tested the watches for a corrosive oxygen environment, noise, and vibrations. The only hero to come out of that battle unscratched was the Omega Speedmaster Pro. 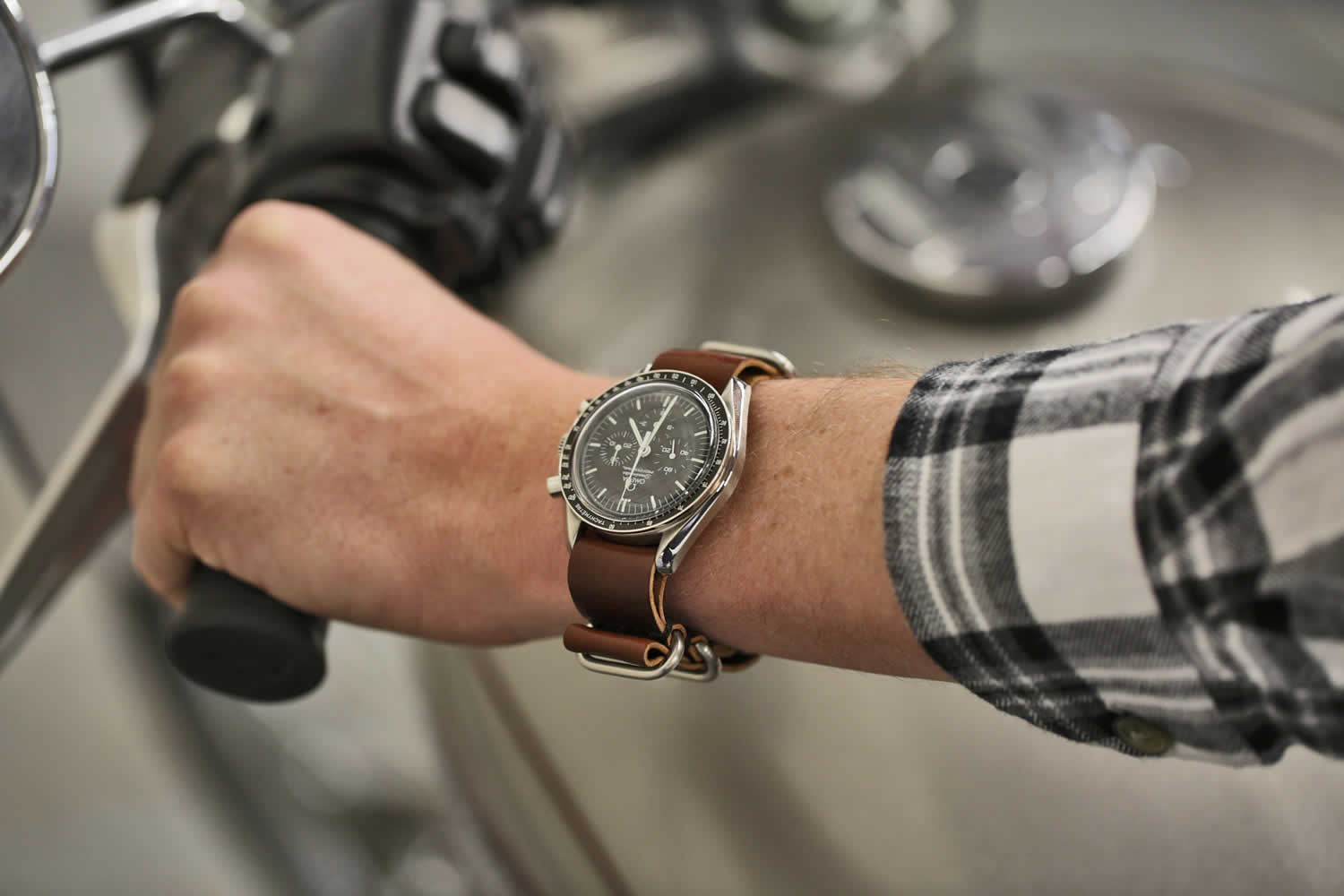 NASA declared the watch “Flight Qualified for all Manned Space Missions.” The watch made its official maiden voyage on 23 March 1965, on the wrists of Virgil Grissom and John Young during the Gemini III mission.

The steel bracelet of the watch was later replaced with a powerful long Velcro to fit over the thickly padded space suits of astronauts.

"Since its introduction in 1957, the Speedmaster has been characterized by its precision, readability and robustness" 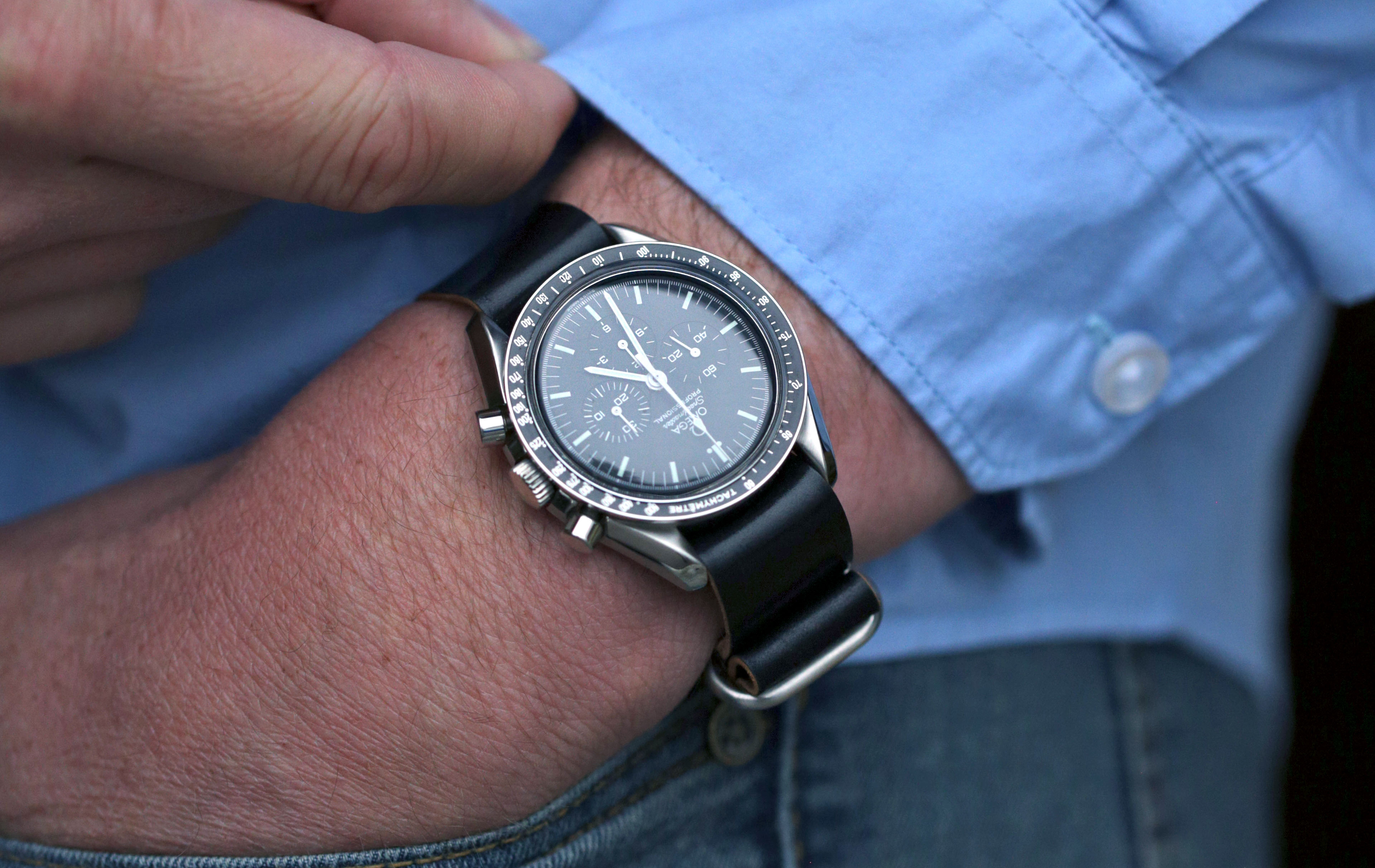 How Is the Omega Speedmaster Pro (Moonwatch) Versatile?

The Omega Speedmaster Pro is not only known for its durability, reliability, and functionality, but also because of its versatility. While a lot of chronographs offer compatibility with different generic straps and customized straps, the Omega Speedmaster is a class apart.

The Omega Speedmaster Pro series is skilled in the art of blending in with every strap, and display an aesthetic and symphonic blend of different worlds. Pair it with a vintage strap, leather strap, nylon strap or a custom strap, the Omega Speedmaster will never lose an inch of its original authenticity and class.

DaLuca Straps is proud to offer every type of classy strap to go along with your Omega Speedmaster. Whether you are looking for something generic like military leather straps or something rare like the infamous vintage ammo pouch watch straps, we have got it covered for you.

The Omega Speedmaster Pro is not only a watch but a symbol of power, status and elegance. An Omega Speedmaster on your wrist announces your true personality to the world. Pair your Speedmaster with world-class and high-quality watch straps from DaLuca Straps, and let the world know your style.