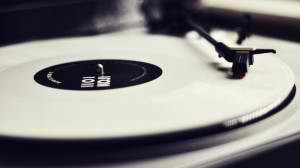 Longtime music fans have always known that vinyl is the prime musical medium for an album to be presented on, and in the past few years it seems that the average music consumer has caught onto the fact.

2013 was a dismal year for the music industry, much like it has been for the past few years before that. Online music piracy has taken its toll on the industry since its inception and in 2013 alone the sales figures of music albums dropped by 8.4% according to Nielson Soundscan. Sad, right? Especially if you’re a hardcore music fan. Despair not, though, as the old warhorse known as vinyl raised in popularity last year by 32%. 6.1 million vinyl albums were sold last year, the largest amount in a single year since Soundscan began monitoring record sales in the 1990s.

It’s hard to deny the fact that nostalgia has contributed vastly to this sudden burst of sales. Nothing makes a young kid feel quite as cool as spinning The Wall on his parents’ old record player. Interestingly, and supporting this claim, is the fact that the bestselling slab of vinyl of 2013 was The Beatles’ classic, Abbey Road. Music from the past is still transcending time, and as any good music snob knows, vinyl just sounds better than some compressed MP3 file.

That is assumed to be the next reason in line behind the comeback of vinyl pressed albums, that the sheer audio quality provided by it trumps anything else that has been touted as its successor. Fathers, sons, mothers and daughters, they have all seemed to fallen into harmony on the notion that there is a warmth and depth in a vinyl pressing that you won’t find in other album formats, especially MP3 and its other digital comrades.

Many experts have deduced that the vinyl resurgence has similarities with the slow food movement, (which according to Wikipedia is an international movement that strives to preserve traditional and regional cuisine and encourages farming of plants, seeds and livestock characteristic of the local ecosystem.). Both movements have clung to the fact that time invested in any activity usually turns out to be more rewarding than it would otherwise. By actually going to a shop, hunting for an album, taking it home, unwrapping it and putting it for a spin on your turntable you are having a more enjoyable and in depth experience with the music within than you would by just googling a song and playing it through YouTube.

This experience isn’t cherished by everyone, but the vinyl resurgence has those that do to thank. Vinyl fanatics never stopped collecting their beloved plastic, even when the music industry moved onto other ways of presenting music. Vinyl collectors continued to dig through thrift store bins in weird little towns to find whatever Holy Grail they were seeking at the time. These are the people who reminded music makers that there still was a rabid pack of vinyl consumers awaiting their second turn in the sun.