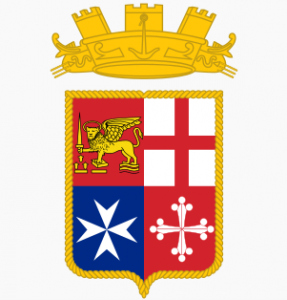 Anyone familiar with Officine Panerai’s illustrious history is well aware of the fact that the company’s fame and quality is deeply entwined with the parallel history of the Italian Navy. We’ve documentedPanerai’s history itself on this website before, but today (hooray, Friday) we will be exploring the motivation behind so many of Panerai’s greatest advancements; the Italian Navy.

To start, the Italian Navy is one of four branches that comprises of the Italian armed forces. It was formed in 1946 after WWII had ended and was patched together from the remnants of the Regia Marina (the country’s former Royal Navy). Today the Navy has a strength of over 35,200 personnel, 62 ships and 80 aircraft.

The Regia Marina was originally a construct of the Kingdom of Italy and wound up being a piece of Benito Mussolini’s “Fascist Italy” during WWII, but, after Mussolini’s ousting at the hands of his own people, the Italian Navy and the rest of the nation’s armed forces turned on the Axis and joined forces with the Allies. After the Axis’ defeat and the eventual end of the war the Italian people decided to establish themselves the Italian Republic, and it was at this time the Marina morphed in the modern Italian Navy (Marina Militare).

After the five year catastrophe known as WWII subsided, Italy was left (much like its former-cohort Germany) in a state of abject ruin. Once hostilities halted the Marina Militare started up a campaign in order to rework itself. Pre-war the Regia Marina was the fourth most powerful naval force on the planet, but post-war (and post armistice and cooperation agreement) the Regia was left in shambles with almost all of its naval ports and bases rendered unusable. Surprisingly however, a large portion of the Regia Marina’s vessels had survived the fighting (albeit in marginal condition) including five battleships, ten cruisers, ten destroyers and twenty frigates.

The peace treaty signed on the 10th of February 1947 effectively gutted the Regia Marina. Just some of the hyper restrictive rules in effect against it included:

-A ban on atomic weapons, self-propelled projectiles or any other sort of launcher.

-A ban on any operating militarized installations on a number of islands and archipelagos.

-The treaty also demanded that the Italians cough up a bunch of their remaining ships for the allies to use as war compensation.

Things look grim, right? And they were… Over the weekend we’ll take a look at how intercontinental conflict (the destroyer of the Regia Marina) would help revitalize the Italians’ naval powers. The Italian Navy’s story is one of fortitude, tenacity and ingenuity, all things that we here at DaLuca admire, embrace and strive for.