With its movement taken directly from the design of the landmark 1957 Speedmaster, the line of watches used by astronauts in space throughout the 60’s, this watch brings Omega’s unrivaled history right up to date with the Ed White edition. Ed White wore his 105.003 watch on NASA missions, including a 23-minute space walk on June 3rd, 1965, the Gemini IV mission. The dedication is particularly poignant, with White tragically losing his life, along with fellow astronauts Grison and Chafee, in the Apollo 1 accident on January 27th, 1967.

While last year gave us the limited-edition platinum with a 321 movement, this time Omega have delivered a stainless-steel version in non-limited numbers. The bezel itself is made from zirconium oxide, with the face featuring classic white batons, a diamond shaped second hand and indexes painted in light cream super-luminova.

Both the face of the watch and the back are protected by a sapphire crystal, the rear allowing a clear view of that impressive 321 movement in all its glory. 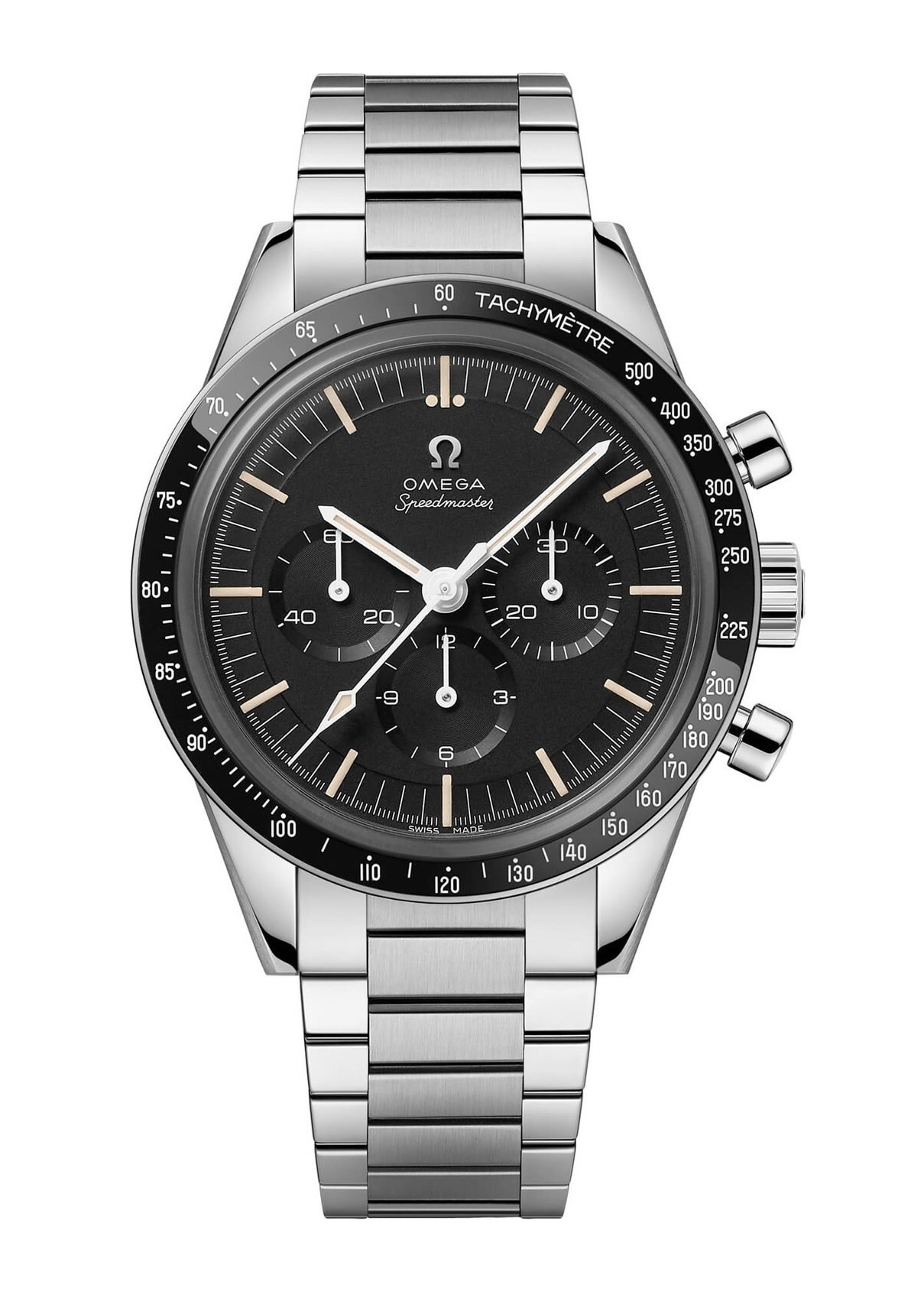 Classically styled in the Omega Speedmaster tradition, the 39.7mm diameter straight, symmetrical case has the proportions and shape that replicate the famous originals, with straight lugs, no crown protection. The brushed sides give a modern touch to the looks, the 19mm lugs offering a wonderful contrast with their polished finish.

If there is a jewel in the crown for this new Omega Speedmaster it is not the looks, as great as they are, but the Omega Calibre 321 re-edition movement itself. Assembled, timed and regulated by a single watchmaker, this finely crafted movement is a faithful recreation of the column wheel 321 as worn by Astronauts by Ed White over 50 years ago.

There have been minor alterations to improve performance, notable power reserves, which stand at 55 hours for this new version, compared to 44 for the originals. Plated in Sedna Gold, it looks beautiful when viewed through the rear crystal and is a fantastic way to blend modern and classic watch craft.

With hours minutes and seconds for the main face, and a chronograph featuring hour and minute counters, the exquisite watch has everything the original delivered and more. 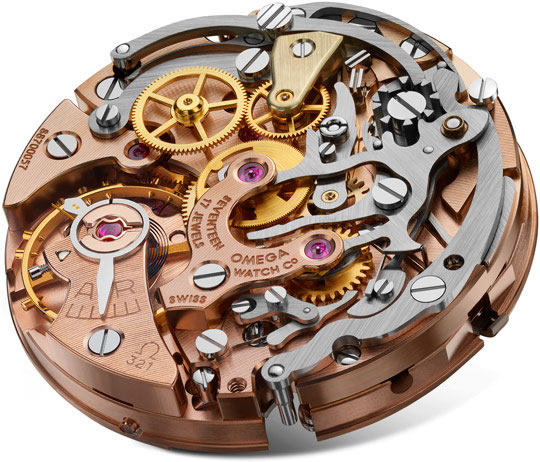 The return of a legend. Finally, we get the fabulous Calibre 321 movement in a non-precious metal case, and it has been worth the wait. The exterior styling is spot on, evoking the classic looks of the famous Speedmasters of old, while adding new materials and textures for a modern look. 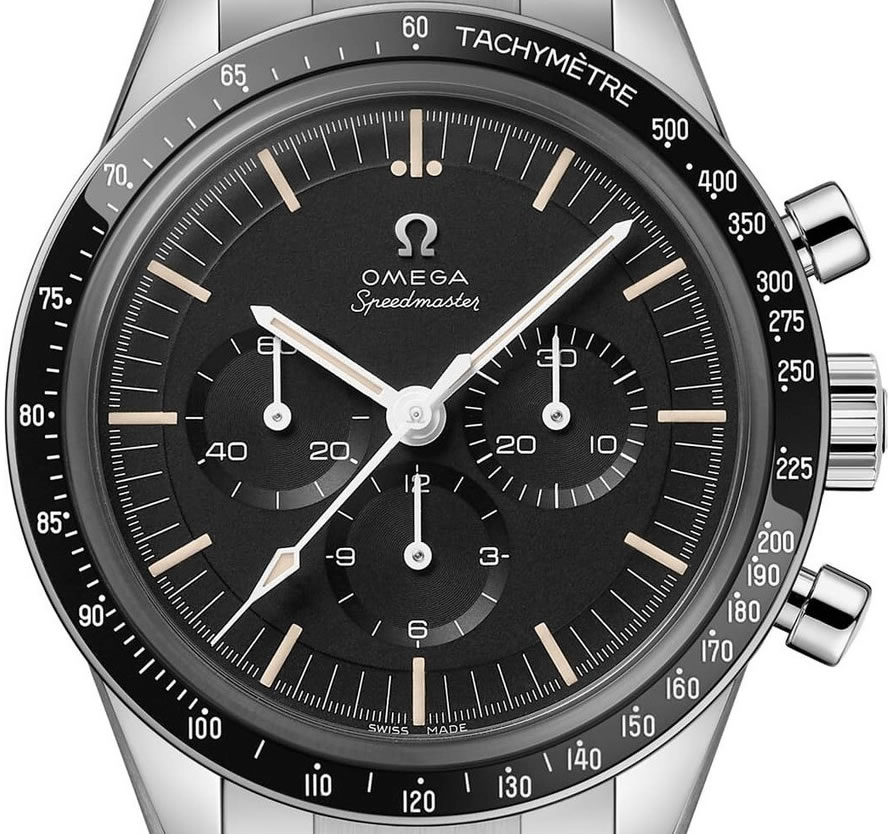 The steel strap is a classic touch too, although the addition of something more exotic, such as Shell Cordovan leather rally strap or Alligator watch band, will transform this watch into a real eye-catching statement.

With that fabulous movement within, this is a wonderful watch that brings NASA history to life again.