The History of Panerai

The original purpose of Panerai watches was to design a watch that can help tell time in the darkest of nights and also while in the harsh depths of the sea. The special underwater forces of the Royal Italian Navy had operated in harsh conditions where timekeeping equipment either gave up, was not accurate, or was not easily readable for the soldiers. This was when Panerai was called in for reinforcements.

The purpose was to create instruments that can not only withstand immense environmental pressures but also show time even in the darkest places. In the late 1940s, the Royal Italian Navy contracted Orologeria Panerai in Florence to create precision instruments for the soldiers to operate in tough conditions. Thus, the Panerai Family was born. 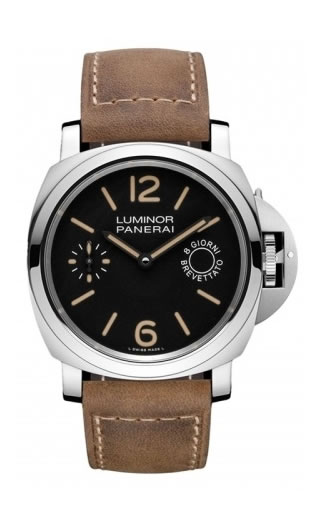 Originally, the first version of PAM 590, Panerai Luminor Marina 8 Days PAM 590, was launched in North America in 2014. It immediately hit home with fans and watch enthusiasts, and gained a fan base due to its offered perks. It is also considered to be among the most accurate and heritage-inspired watches to ever come from Panerai.

The overall case diameter is 44mm and is made from polished stainless steel. This case is an homage to the original PAM watches created or the Italian Navy divers since it shows an engraving of human torpedoes on the back.

On the dial, it shows the inscription “8 GIORNI BREVETTATO” at three o clock, which is quite rare to see as only a few models have been lucky enough to be branded with the great looking symbol. On the inside, the watch offers the powerful and patented manual-wound Panerai in-house caliber P.5000 movement for accurate timekeeping purposes. The dial comes with 15¾ lignes, twenty-one jewels, 2 barrels, 127 internal components and an anti-shock mechanism. 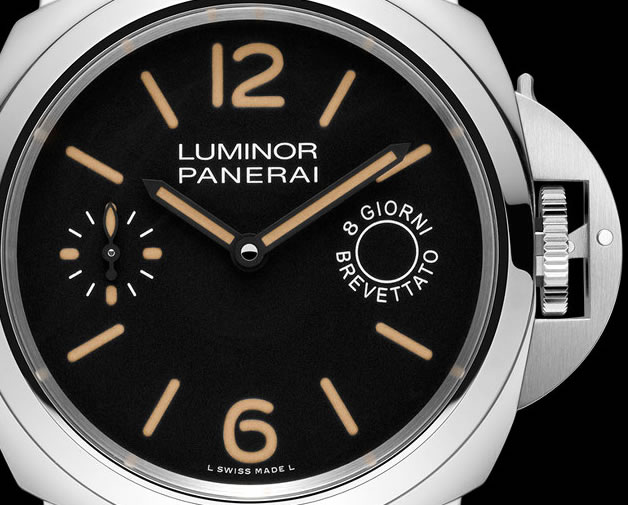 Tested in 30 different environments, the watch offers a water resistance of up to 300 meters, which is quite impressive and pays homage to the original watches. The case is made from Type AISI 316L stainless steel, which ensures that the water-resistance will hold, and the integrity of the watch's structure will stay true even in pressurized atmospheres.

The Panerai Luminor Marina 8 Days PAM 590 also comes with the patented and famous bridge device with a lever that is designed to withstand sudden shocks and improve the overall water resistance capabilities of the watch. 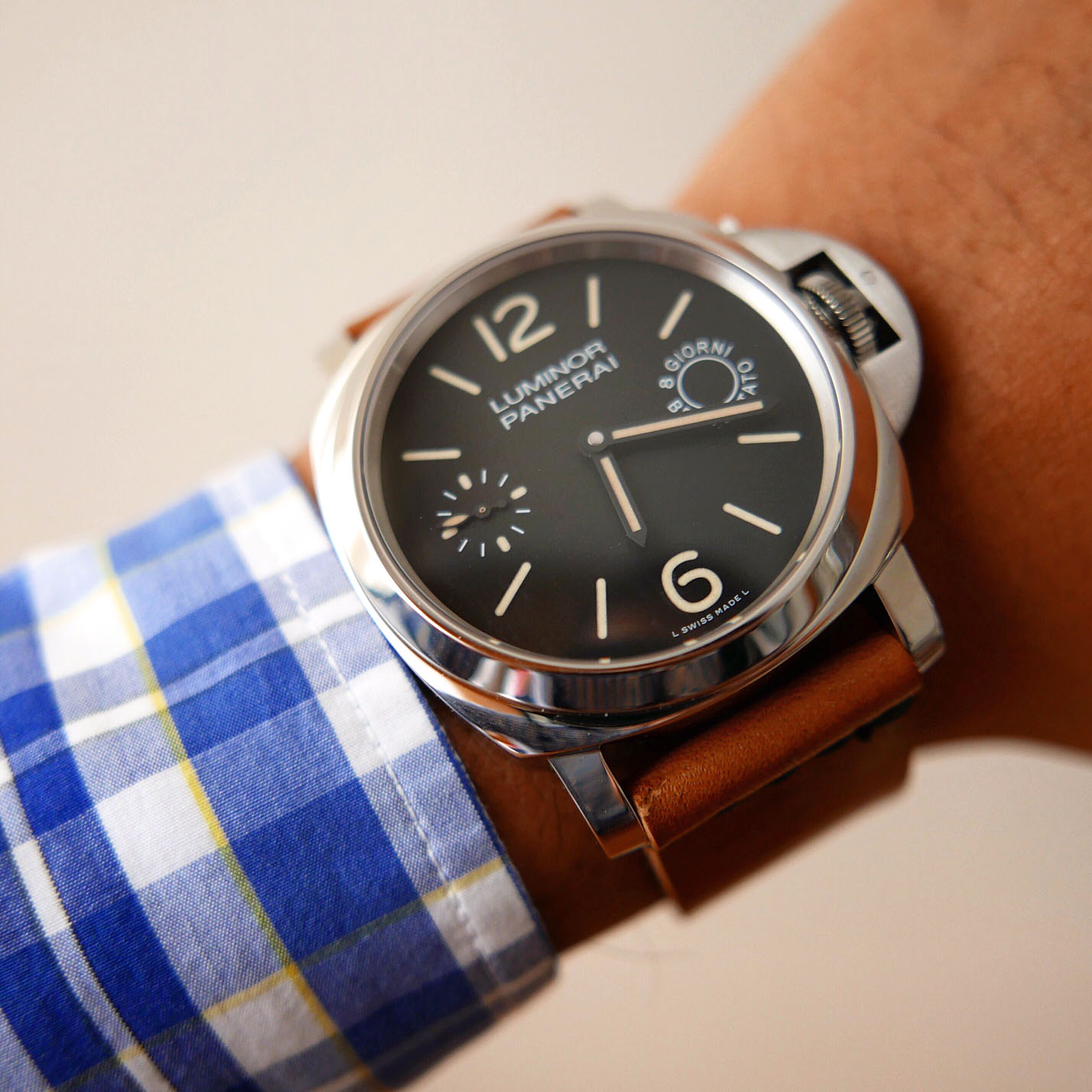 The PAM 590 became an instant hit among the fans, and it was originally paired with a brown strap of untreated natural leather, Assolutamente. Moreover, it came with a trapezoidal polished pin buckle for better grip and control. The current price for this watch is USD 7,700.

However, if you want to choose your own straps for this watch, you can just head over to DaLuca Straps and choose any strap you want. From leather straps to vintage ammo pouch straps, DaLuca Straps has the best to offer to watch enthusiasts.