Panerai, initially a maker of marine instruments and gauges, started producing watches for the Italian Navy in 1938 and then began selling a limited number of watches to the public in 1993. When Sly Stallone flaunted his Panerai in the movie "Daylight", the craze for Panerai and the trend for over-sized watches began. 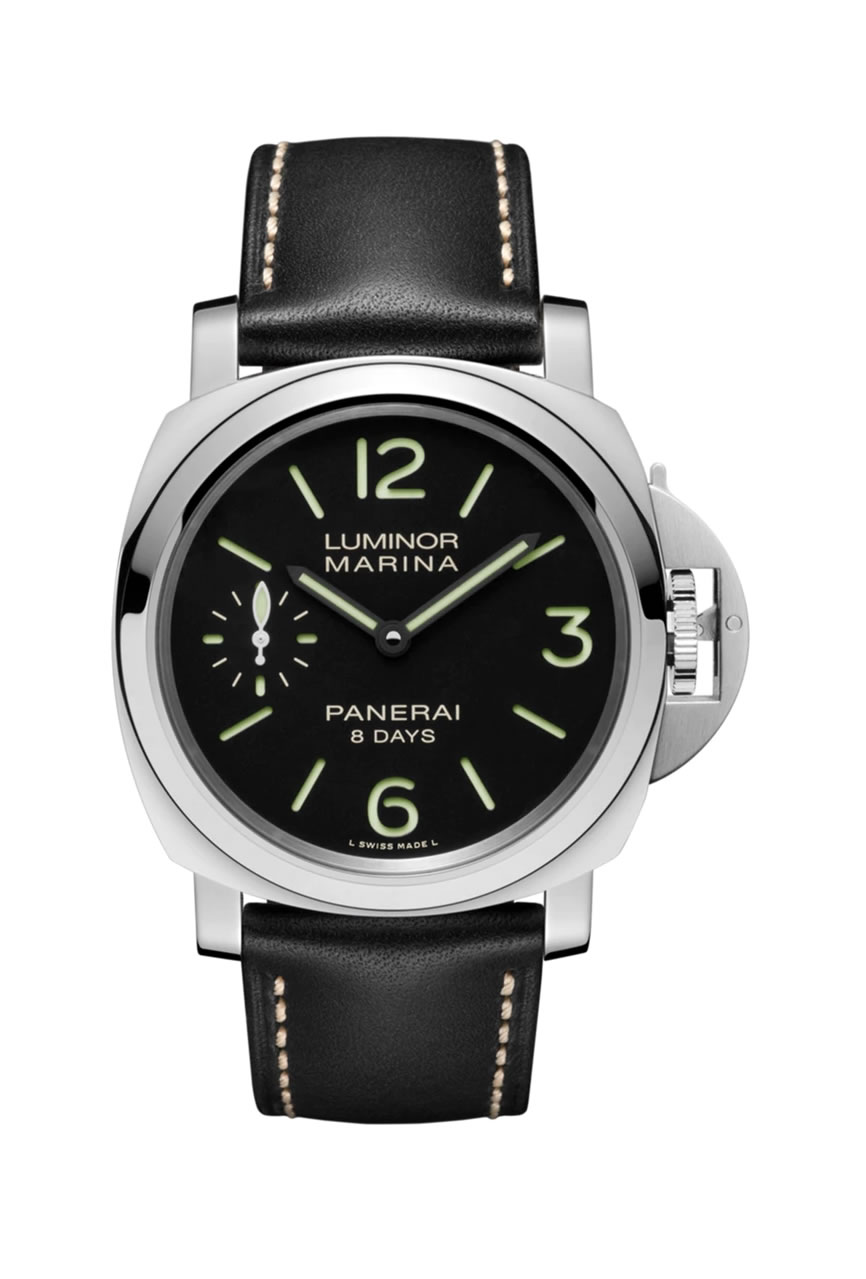 PAM510 was an addition made to the submersible heavy SIHH collection in 2013. This is the watch you can wear anywhere at any time, as it shows how important it is to combine style with simplicity. Although apart from a few additions in style and functionality, the PAM510 looks pretty much the same as other Panerai watches, yet it still retains a lot of secret personalities.

Looking at a Panerai PAM510, the first thing you'll notice is the half-crescent crown guard Panerai trademark. The watch itself is embedded in a 44 mm case of AISI 316L Polished Steel. AISI 316L stainless steel is the commodity par excellence of Officine Panerai because it is extremely corrosion-resistant and hypoallergenic, making it ideal for skin contact.

The watch is surely far from being small yet wears perfectly on your wrist, and the weight does not feel surprisingly much as it is perfectly distributed. The contrast in the case of sharp edges and big, bold lines contributes to its charm.

The Dial and The Hands

Panerai PAM510 has a black dial with Arabic numerals. There are Luminor marina and Panerai 8 days logos near 12 o'clock and 6 o'clock, respectively. A lot is going on when we talk about the hands, numerals, and the hour markers of the watch. The watch has regular hours and minutes hands and a small second indicator, the element of many of Officine Panerai's watches and, in particular of the Luminor Marina, at nine o'clock. The hands, numerals, and the hour markers, all glow green in the dark, which makes it super easy to read the time even when it is impossible to see anything else. The substance of Super Luminova that lets the hands and numbers shine must be exposed directly to the ambient light so that it can glow throughout the night. 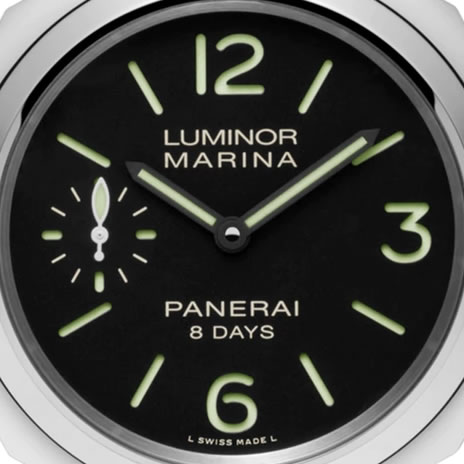 The Panerai PAM510 is equipped with a P.5000 caliber in house movement. All it requires to function is a little bit of your time and care because every couple of days (or 8!), you will have to wind it up, which will help to create a closer relationship with your watch. The watch has power reserves for eight days once fully wound, which far surpasses the standard 3 day or 72 hour power reserves of many watches.

The watch comes with a black, 24/22mm standard-sized, Calf rugby strap with Beige stitching on it. If you want to get more gorgeous and beautiful straps for your PAM, try DaLuca Straps for all the latest straps made from some high quality materials.