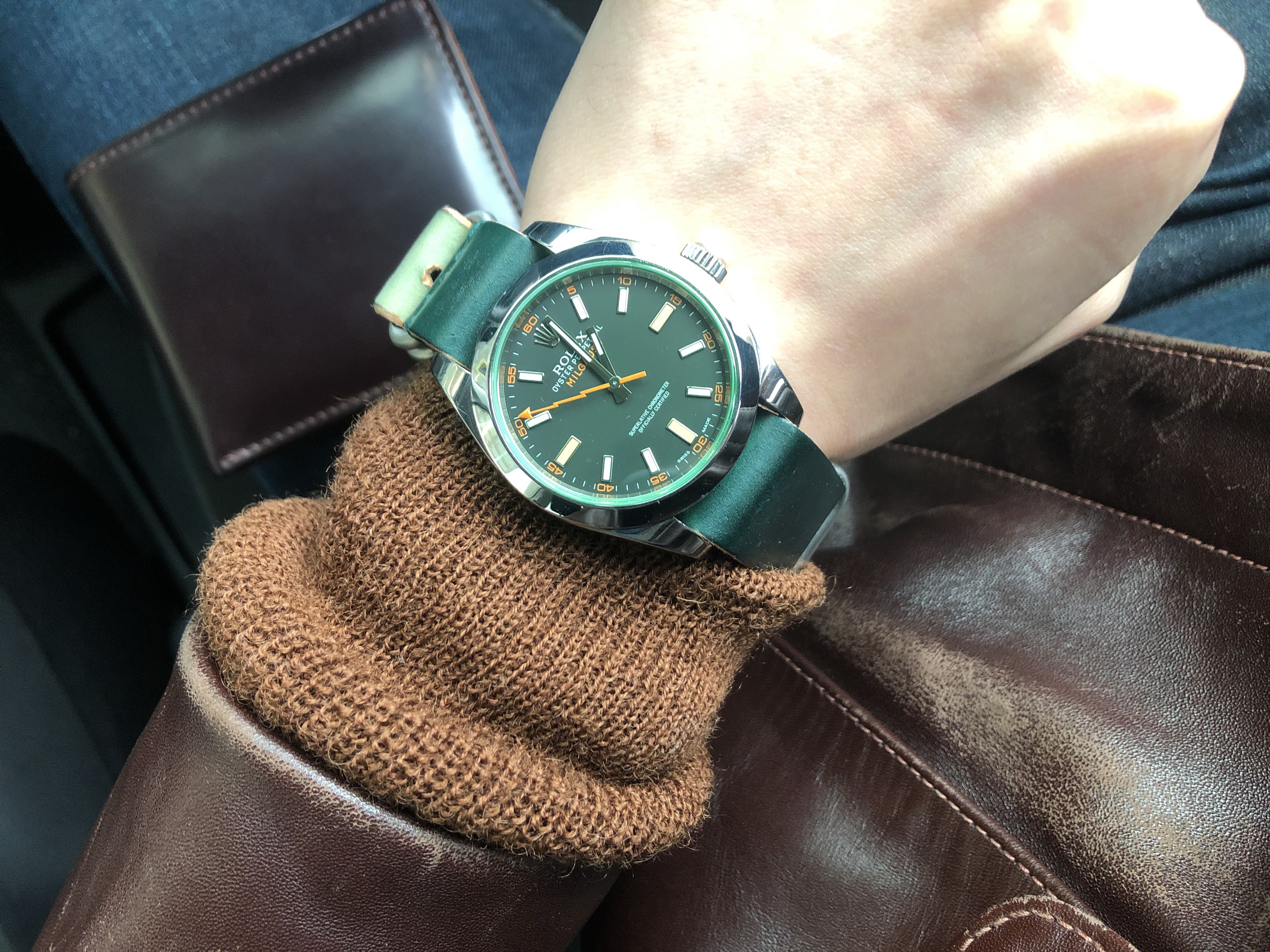 It all began when Rolex realized that the scientific community was facing issues with their timepieces when it came to working with magnetic fields. That is the beginning of this story. Necessity gave birth to the Milgauss.

When the atomic age was dawning and unraveling the mysteries of the universe, there was a new adventure that scientists faced and that was trouble with timekeeping. The strong electromagnetic fields interfered with the fragile timekeeping equipment, and the professionals working at the cutting edge of new technology reached out to Rolex for help.

This was when Rolex came up with the idea to create the Rolex Milgauss: the perfect watch to withstand magnetic fluctuation and keep accurate time.

Rolex used an innovative solution to create the Milgauss. It sealed the caliber movement inside a second case (a soft iron Faraday cage) that redirected the magnetic energy away from the mechanism and kept timekeeping accurate.

Reference 6543 made history in the 1950s. Rolex introduced their first Milgauss, and the scientists at CERN were able to test it. The watch was resistant up to 1,000 gausses, and that is how the watch got its name. Mille means 1,000 in French, and gauss is the unit of magnetic flux density.

Reference 6541 replaced 6543 in 1956. The design for the watch bore an uncanny resemblance to the Rolex Submariner. It featured a black rotating bezel and steel 38mm Oyster case. There was, however, one significant difference between the two watches. The new design for Milgauss offered a seconds’ hand, which turned into a lightning-bolt shape.

The reference 6541 was put to rest after four years in 1960. Reference 1019 not only replaced the previous models, but it also redefined the entire collection with a brand-new exciting design.

The design was offered in a black or silver face. CERN scientists, however, asked for a specific version of this watch with no lume at all. Though far safer than the earlier radium, the tritium used at the moment was still mildly radioactive and thus interfered with the highly sensitive machinery that the researchers used. So, Rolex offered them a watch with no lume at all. 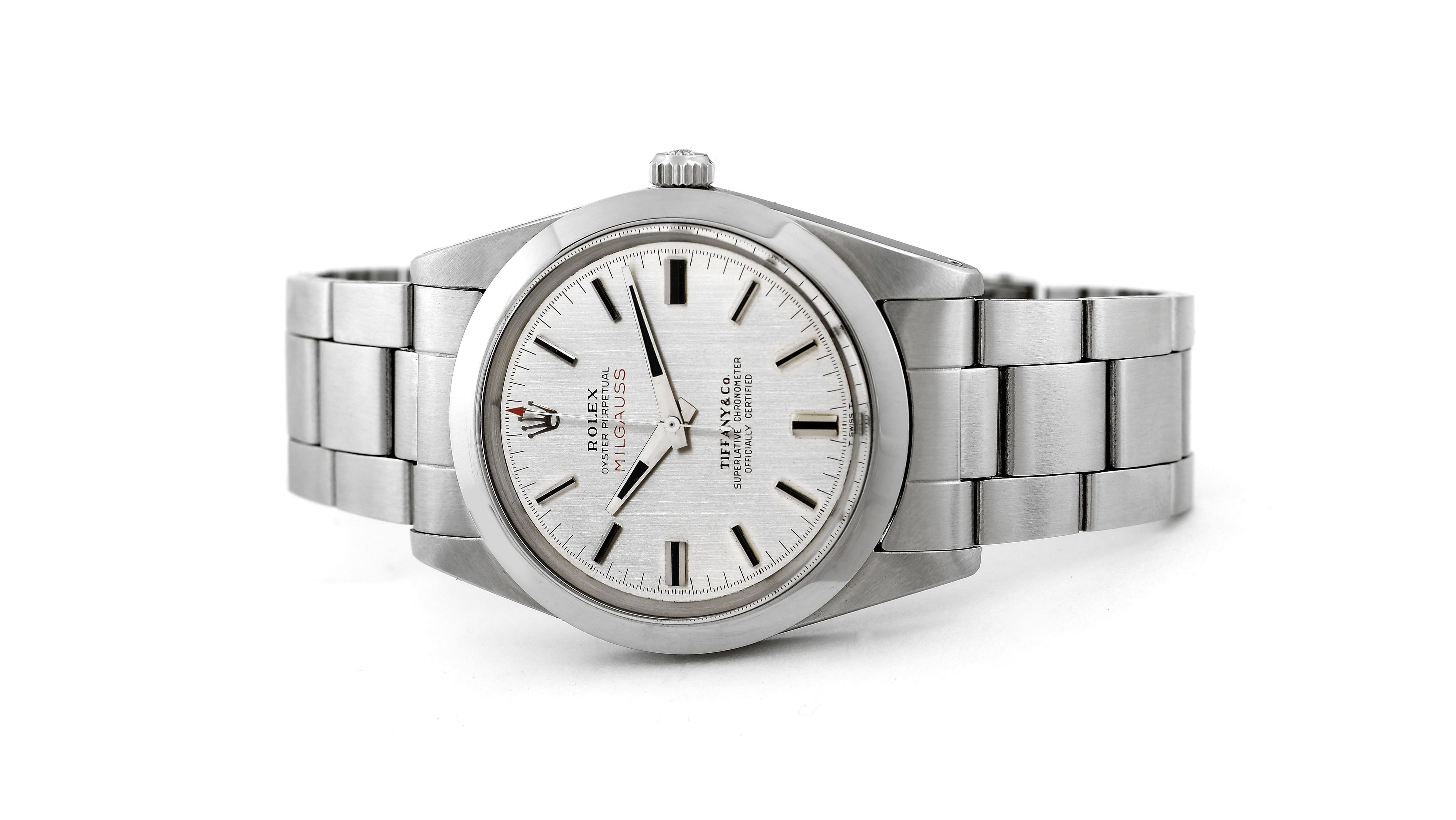 The Retirement and The Comeback

Due to a lack of sales and interest, the watch was retired in 1988. However, Rolex surprised everyone in 2007, when they released a brand-new version of the watch at Baselworld, titled ref. 116400. The watch resonated soundly with the contemporary aesthetic of the brand, but it still kept a few design aspects from the past.

In line with much of the rest of the tool watch family, the dimensions had increased to 40 mm. It was forged from the usual 904L steel, the super-hard alloy used by Rolex almost exclusively. It still used the soft iron cage to safeguard its caliber movement, but now the hairspring and the escape wheel in Cal. 3131 were also produced from naturally paramagnetic materials, which further increased the strength.

The bezel remained the smooth, polished type of the previous ref. 1019, but most importantly the electric seconds hand was back for the fans of the original, and this time it came in bright orange. Initially, the versions offered black or white dial.

Soon after the Baselworld, Rolex released the modernized version of the watch, titled ref. 116400GV. The GV stands for Glace Verte. The modern version features a green-tinted crystal dome. Moreover, the technique used to create the new model was so complex, Rolex didn't even bother to patent it because it knew that no other brand could manufacture it.

Today, we have Rolex Milgauss Z. It is among the most vibrant model in the range. The white dial was replaced by a Z-blue dial; a truly eye-catching piece with an electric blue dial coated in Zirconium.

It is safe to say that the Milgauss is a very unique piece that is proudly produced by Rolex, loved by scientists along with watch collectors worldwide. However, it surely is among the most vibrant of collections from Rolex. It is brilliant, smart and it looks eye-catching on the wrist with its razor-sharp Z-blue dial and electric seconds hand.

If you want to find the perfect watch strap for your Milgauss, head over to DaLuca Straps. From leather straps to handmade shell cordovan watch straps, DaLuca straps has got the best watch straps to offer to watch enthusiasts.