As an homage to the Crown Chronograph circa 1964, Seiko recently announced the release of three new references: SARX069, SARX071 and SARX073.

Seiko is the abbreviation of the word Seikosha. This word means "House of Exquisite Workmanship." Seiko created the original Crown Chronograph when it was chosen as the Tokyo 1964 official Summer Olympics’ timekeeper. These were the first-ever games to be played in Japan at an international level. This was a huge moment for Seiko to prove their mettle with their chronographs. Seiko came through and ended up creating the very first Crown Chronograph.

This watch is often regarded as the first Japanese timepiece with a complexity of a stopwatch. The watch got the well-deserved name “Crown” from the hand-wound (non-chronograph) piece of the same name. This piece was used as an inspiration for the original model.

Since the first Crown Chronograph was developed in the 60s, the watch was a mono-pusher. This means that watch was operated with the help of only one pusher to start, pause, and reset functions. What made this watch elegant was the absence of sub-dials. The absence highlighted the dial’s clean look and gave it a touch of finesse that no other competitor could produce at the time.

Moreover, the first Crown Chronograph was fitted with a bidirectional rotating bezel made of plastic, which works in a pinch as a 60-minute register for the games. The watch was not only used during international games but was also widely regarded as a masterpiece.

As far as the new Presage line is concerned, Seiko made sure to not only use the inspiration from the first chronograph but also tried to stay true to the original one.

The 1964 Crown Chronograph template was as faithfully replicated as practicable. The precisely specified Arabic numerals added to the narrow bezel have been repeated throughout the dial. Moreover, the fine-minute gradations are also outlined on the dial, just like the original one. The case has an inwardly angled form to firmly balance on the wrist and improve stability.

Another important element of the Presage Line is the strong legibility offered with the help of Lumibrite on the distinctive indexes. Furthermore, the sapphire is coated with non-reflective elements inside and out to offer enhanced legibility.

As evidence of this limited volume line, the letters "Limited Edition" and the serial number 0001-1964/1964 are engraved on the case back. These engravings are not only a certificate of authenticity but are also a mark of a limited-edition line. Only 1964 units are produced for each model. 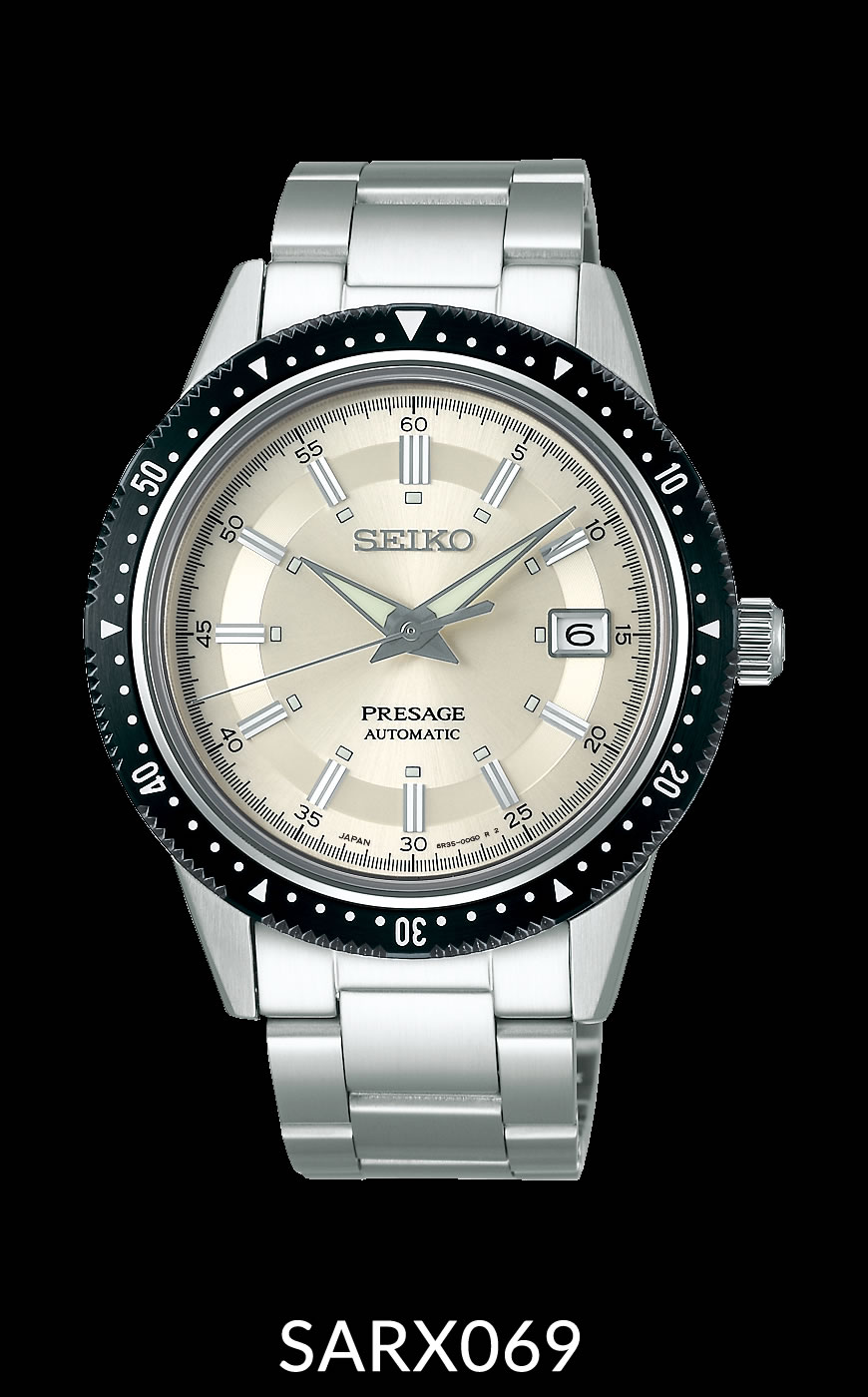 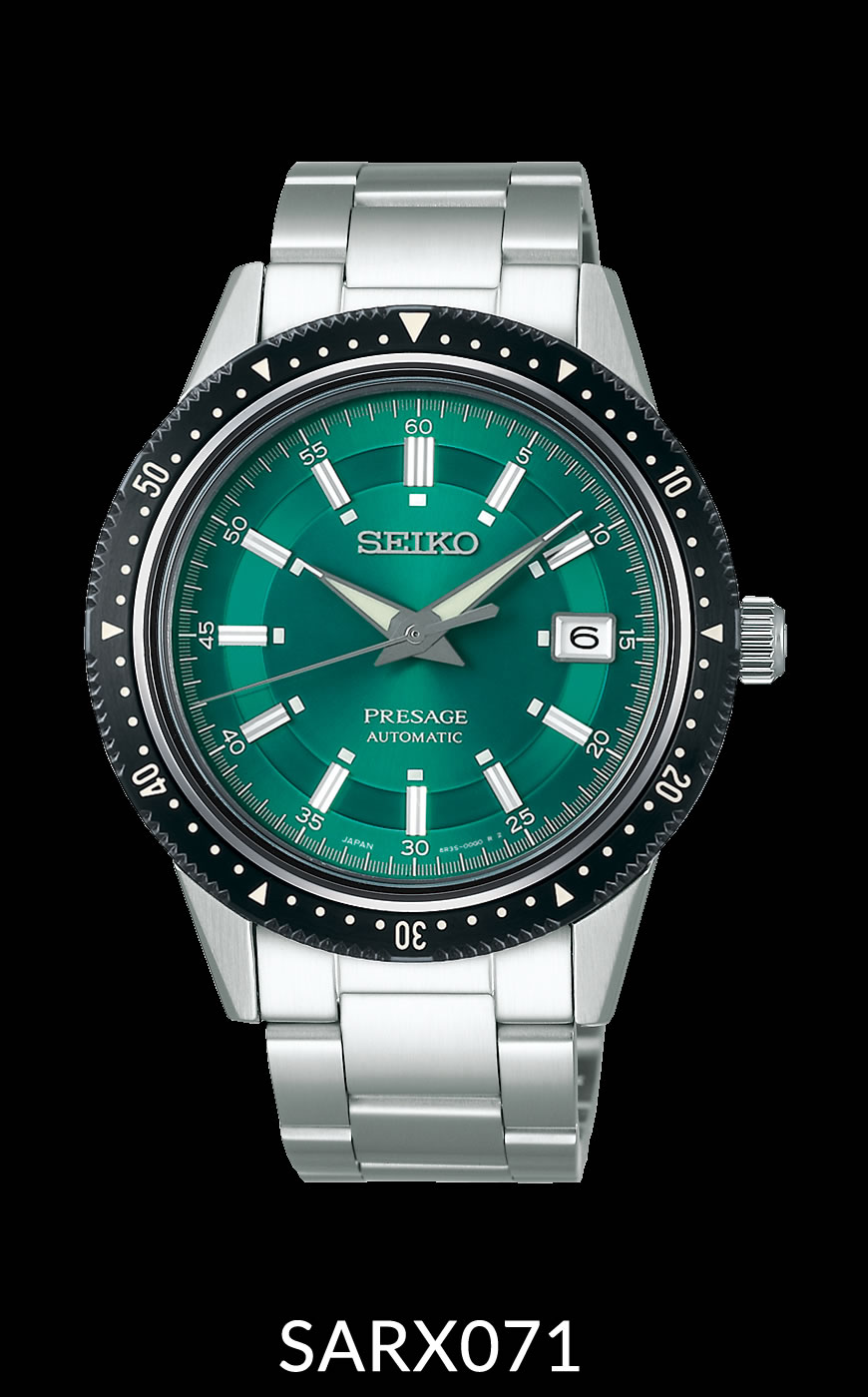 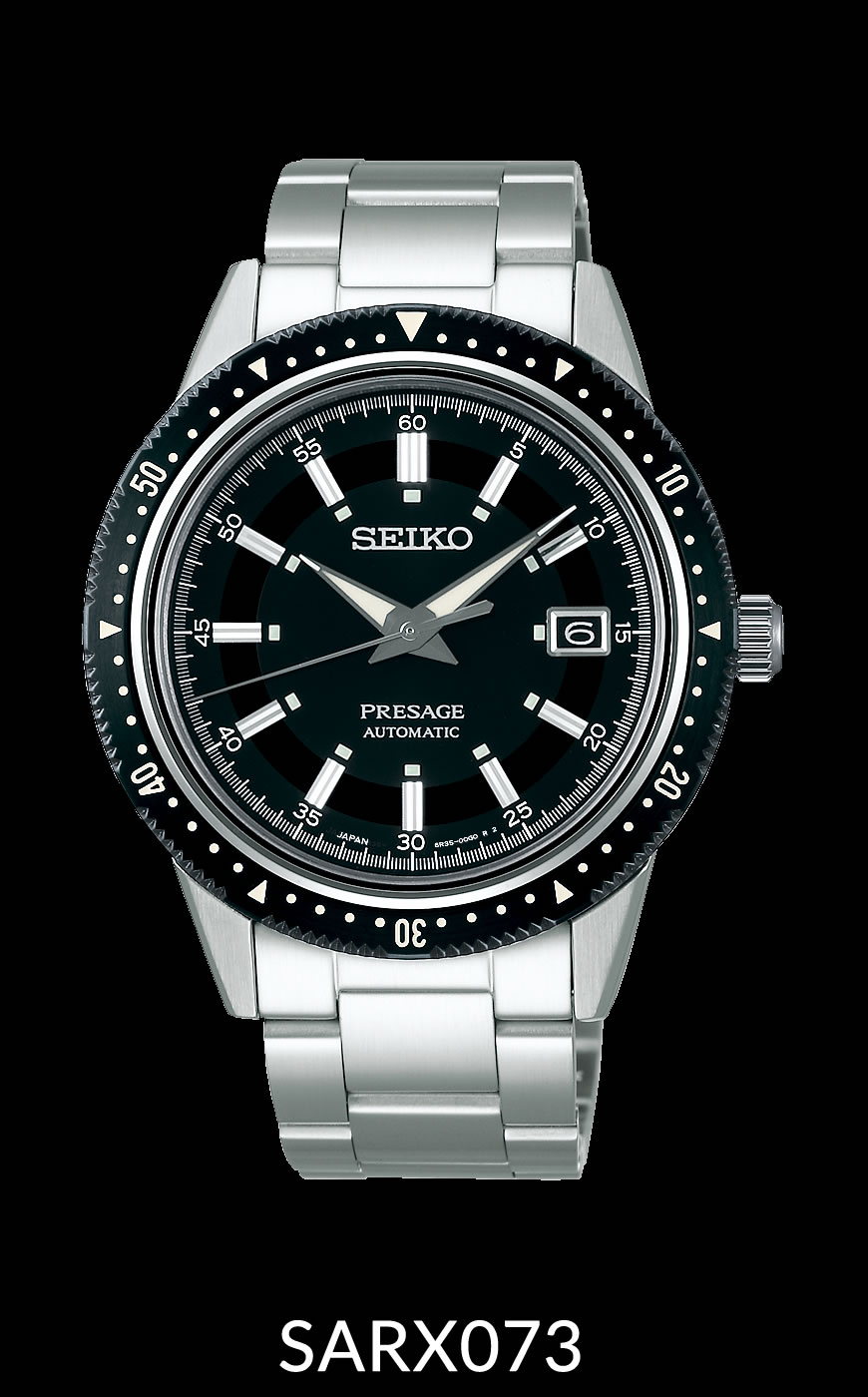 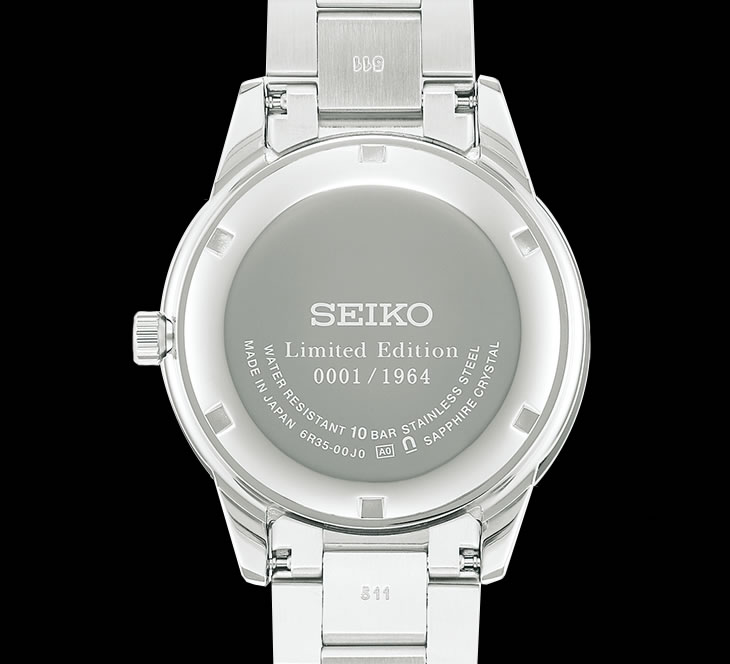 Each model has a wonderful 70-hour power supply. The three models offer an amazing water resistance of up to 100 meters and are produced only in Japan. With an extremely precise accuracy, these watches will stay true to the original intent and purpose of Seiko watches. The model uses the in-house caliber 6R35 movement, which beats at 21,600 BPH or 3 Hertz with hand winding and hacking capabilities. 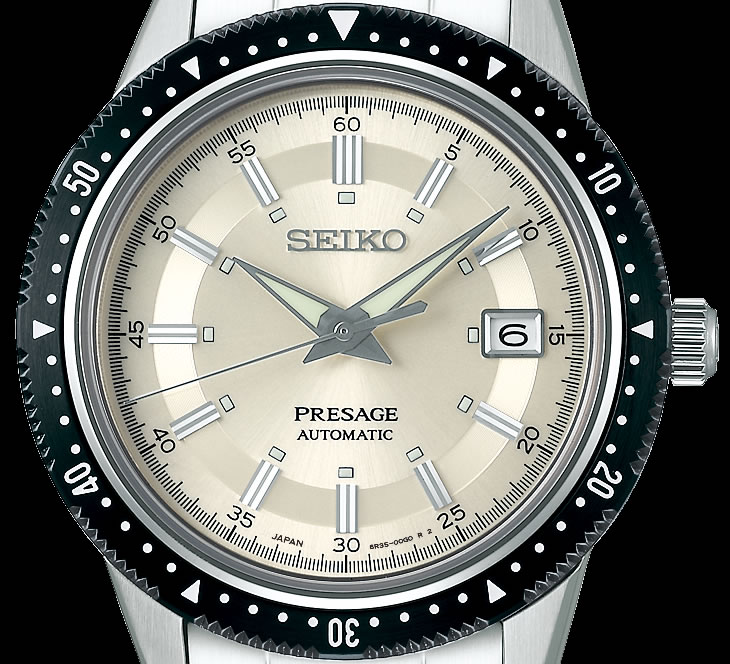 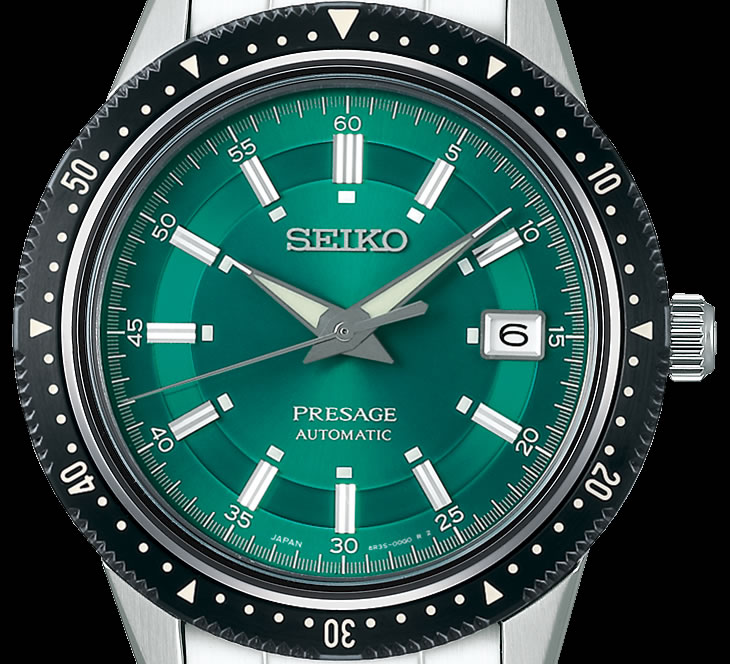 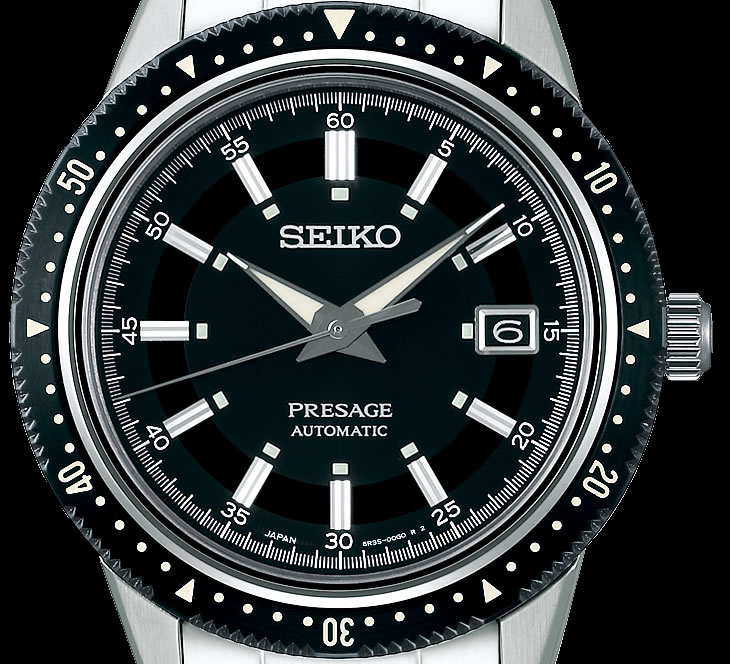 Seiko is the house of perfection, with it's superb dedication to detail. The Presage Line not only pays homage to the original chronograph but also showcase the prowess of the modern mechanical watches.

If you are among the lucky ones who have purchased this limited edition watch, and you are now looking for new ways to spruce up the look, DaLuca Straps is the place for you. You can get any watch strap of your choice, ranging from leather watch straps to nylon watch bands among many others. All the straps are created from high-quality materials to ensure long lifespans and durability. The choice is yours.