Sinn began producing cockpit instruments and pilot's chronographs in 1961, and the company's focus has remained on pilot's timepieces for decades. Since the 1960s, there has been a strong concentration on manufacturing function-forward chronographs. The Sinn 556 is a basic pilot's watch with a price tag of $1,530USD, and it's the cheapest of Sinn's offerings. There are no frills or gimmicks here, and its allure is in its minimalism. The 556i has baton markers and a dial with no digits, but the 556a features modified Arabic numerals at three, six, twelve, and nine.

What the Sinn 556i Watch Offers?

The 556i is the more attractive of the two, which may have something to do with its unique place within Sinn's collection as well as among sports watches in general. The military heritage and brushed textures appeal to the majority of Sinn followers. Fans from all around the world flock to the 556i. The watch manages to hide its pilot's watch heritage and seem beautiful instead.

Gloss dials make it difficult to see the timepiece. Its common impact is to draw the attention away from the content. The Sinn 556i dial, on the other hand, should be viewed in a different light. This watch features a gloss dial, which means it has a vibrant dial that makes it a stylish option. The dial's blackness draws you in, allowing you to view all of the information at once.

On the dial, there are simply two markers. To begin, you will receive a giant white rectangle every hour or five minutes. They're large enough to draw attention while being slim enough not to appear bulky. You'll need a tiny white marker for the individual minutes if you can call it that. It isn't distracting, but it isn't overbearing either. 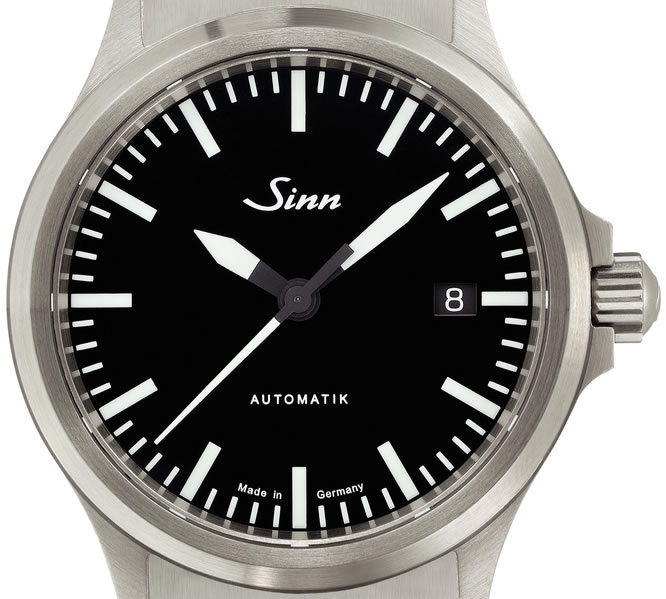 Sinn is the only watch manufacturer in the world with its own case factory in Glashutte, Germany. As a result, the Sinn 556i, or any Sinn watch for that matter, can only deliver the finest.

It's proportionately great, particularly as a tool watch. The Sinn 556i has a diameter of 38.5mm and is 11mm thick. The watch features 20mm lugs, making it appear smaller. With a water resistance of 200 meters, the Sinn 556i is an excellent casing for a strong watch.

The Sellita SW200-1 is at the heart of this timepiece. It is a well-known movement that is also regarded as a workhorse due to it being so similar to the popular ETA-2824-2 movement, which has been a favorite among watch brands since its introduction in 1982. It has a power reserve of roughly 38 hours and vibrates 28,800 times per hour.

The watch comes with a variety of strap choices. However, it appears that the Sinn 556i with black leather strap is the most popular option. It works well with the black dial and blurs the distinction between a tool and a dress watch. This watch may also be paired with a Sinn 556i stainless steel bracelet. That's a nice option for a sophisticated casual atmosphere as well.

If you already have a Sinn 556i and want to swap the watch strap, head over to DaLuca Straps. You can get premium-quality watch straps in a wide variety of materials, textures, and colors.