One of the most important and elemental things you need to understand about the Omega Speedmaster is that chronographs were not that popular, and contributed a very low percentage to watch sales at the time of the introduction of the Speedmaster watch. In 1957, any chronograph, or a watch with "stopwatch" capabilities was for special purposes, and these were used only by engineers, doctors, pilots, etc. These chronographs were not popular among the populace, but the Omega Speedmaster changed all of that.

Omega Speedmaster was among the most popular watches in 1957. However, you need to understand that this was not the only watch from 1957. In the same year, Omega released a series of technical watches. Omega also released reference 2913 Omega Seamaster for divers.

The reference 2915 Omega Speedmaster is also the ancestor of the entire Speedy team that would later amaze the entire world.

Due to its value, uniqueness, and totally different appearance, the CK2915 is the most coveted and useful of all Omega Speedmasters.

Omega introduced this reference in 1957 with reference 2915-1, the 2915-2, and the 2915-3 transformative, but it only survived three years. Probably the simplest of all Speedmasters to recognize, a 2915 watch offered very obvious variations from later watches, such as broad arrow hands.

The reference 2915 is definitely the earliest of the Speedmaster series, but the reference 2998 is theoretically more significant, and perhaps the prototype for what we know today.

The difference between the 8 sub-references was quite minimal. However, these references were differentiated with the help of small details of the dial, the case, and the movement.

Furthermore, one can also easily find 2998-62’s rendered after a 105.002, so it is difficult to claim whether the improvement between these two different models is linear. This is the very last watch with alpha-hour and minute hands.

With 105.012, the world saw the Speedmaster finally starting to develop and assume the form of what it is today.

This reference came with crown guards for the first time. Besides, this watch came with a wider mid-case. The pushers were larger, and the durable case construction protected these pushers. This watch came with the word "Professional" written on the dial below the words “Omega Speedmaster.”

The reference 145.012, though the new and maybe least useful of all 321-powered Speedmasters, is basically what audiences think of when they think of the word “Speedmaster.”

It is the most common Speedmaster. It has also been used more by the astronauts than any other Speedmaster. Therefore, it is the least costly as it is the newest and most affordable. This is potentially the best offer in Speedmasters. In other words, you get real NASA DNA and the legendary caliber 321, without having to pay a lot.

A bigger turning point for the Speedmaster was reference 145.022. The Moonwatch used to have the famous 321 caliber column-wheel chronograph. However, with this reference, the Moonwatch started using the simplified yet cheaper "861" caliber, a cam-controlled chronograph.

It is no accident that the Speedmaster received universal recognition as Omega started reducing costs for the Moonwatch. You cannot ignore that this was the same time frame that Switzerland would get to experience the Japanese quartz strain for the first time. This reference marked the end of the vintage era, and Omega stepped into a new era after this watch. 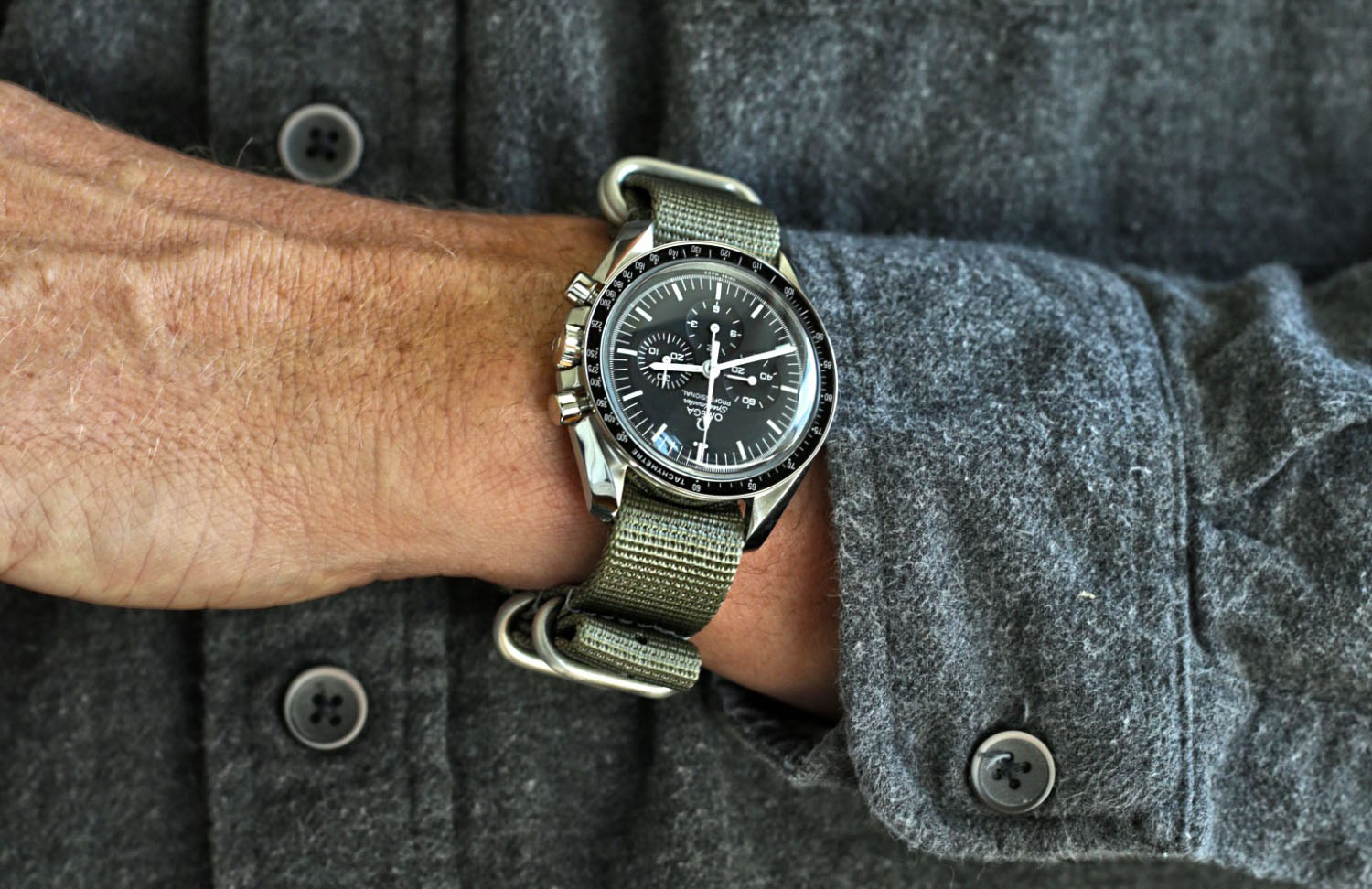 The Omega Speedmaster is not only known for its durability, reliability, and functionality, but also because of its versatility. If you are among those who own a Speedmaster and are looking for a trustworthy place to purchase new watch straps, DaLuca Straps is the solution.

DaLuca Straps offers every type of strap to go along with your Omega Speedmaster. Whether you are looking for military leather straps or shell cordovan rally straps, we have got it for you.