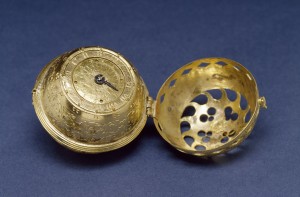 Watch collecting (and design) has such a long and wonderful history to it that for the next two days we are going to be outlining a time table of its history as we know it. So without further ado, let us head back to the past…

Year: ??? (Early BC) – Back in ancient times the only real way for humanity to keep track of any sort of time was to rely on the overhead movement of celestial bodies. This rudimentary method was of course effective and allowed our ancestors to schedule their planting seasons and harvest times accordingly.

Year: Circa 2000 BCE – Stonghenge is mysteriously constructed on the British Isles. Many researchers believe it is used in a calendar like fashion by those who built it. Also, the Egyptians are the first to take a stab at the construction of sundials, which wind up being far more accurate and deatailed than anything else before them.

Year: 1500 BC – The Chinese also manage to develop their own spin on the sundial invention. With sundials in existence in both Africa and Asia, their design catches on and they begin to appear worldwide.

Year: 1400 BC – Certain cultures develop another technique for telling time. By burning oil, candles and incense they are able to track time based on however quickly the substance they are using burns away.

Year 325 BC – The Greek Empire creates a device known as a water clock. For a water clock, time is measured by the regulated flow of liquid into or out from a vessel where the amount is then measured.

Year 1275 – For the first time in history, a mechanical clock is invented. Big gap, there, huh?

Years: 1300-1364 – In good ol’ Italy three mechanical clocks are specifically designed to be put on display in a number of public areas. An astronomical clock is introduced by one, Jacopo di Dondi in Padua in the years 1334. A clock with a ringing bell is completed in Milan in 1335. Giovanni de Dondi makes a watch that tracks hours, the sunrise and days of the month in 1364. Basically, Italy was the place to be back then.

Year: 1370 – The very first mechanical striking clocks begin to appear in both England and France

Year: 1400 – Blacksmiths begin to build clocks with bells inside of them to ring at each hour. Most of these clocks are designed to hang in large countryside estates.