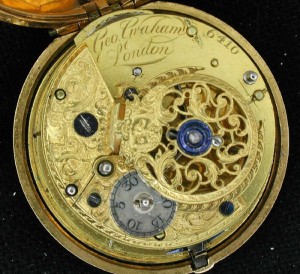 Us here at DaLuca? We’re still hammering out that timeline of key events in the history of watchmaking. If you missed yesterday’s article (Timeline of the history of Watches (Pt. 1)) here’s a link to it, folks. Shall we continue?

Years: 16th century – If you know your watch building, you’ll know that iron initially was one of the most important components of any clock. It was in this century however that ol’ iron began to be replaced in clock making by its various cousins, aka: brass, silver and bronze.

Year: 1541 – This is THE year that the Swiss watch boom began, and it hasn’t ceased since. The story behind this remarkable twist of fate is that the Swiss watch industry was born out of a certain reformer’s somewhat foolish dictate. Basically Reformer John Calvin of Geneva banned the public wearing of jewelry causing the jewelers of Geneva to basically be out of work overnight. Luckily for them however, French and Italian refugees stepped in and helped teach these recently unemployed jewelers how to build a hell of a watch…

Year: 1574 – An anonymous inventor creates the world’s first known pocket watch. Crafted from bronze, this pocket watch features a vivid depiction of Saint George battling (and slaying) a dragon on its face, and a crucifixion on its back.

Year: 1690 – … And soon after the second hand makes its first appearance as well. Interestingly, though, the second hand doesn’t seem to catch on at first, despite its novelty.

Year: 1700 – It’s commonly agreed by timepiece historians that at the turn of this century that clock ownership specifically was now widespread and common place among the world’s populace. Manufacturers design various clocks in numerous styles and sizes and basically profit like never before.

Year: 1715 – An Englishman known by the name George Graham invents the deadbeat escapement. It allowed for a step up in precision, something that all watch/clock makers strive for. Without this invention our clocks and watches wouldn’t be nearly as accurate as they currently are.

Check back Sunday for part 3… Interesting stuff, no?