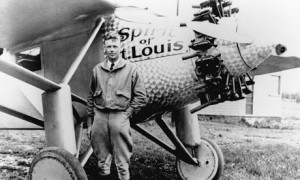 Without further ado, we continue our quest…

Year: 1770 – The man of the hour, Abraham-Louis Perrelet, manages to invent a self-winding mechanism, which until now was completely unheard of.

Also. Jean-Antoine Lepine came up with a thinner movement, called the “Lepine calibre”. This invention allowed watchmakers to make flatter watches that could fit more easily in pockets.

Year: 1795 – Another man, Abraham-Louis Breguet, comes up with the plans for the tourbillon escapement.

Year: 1812 – Breguet finally designs a watch that is ultimately made to fit on a wrist (the first wristwatch), for Caroline Murat, Queen of Naples. Here is the start of pretty much our entire fascination…

Year: 1820 – The keyless clock emerges as well, doing away with the need to use a key for winding or setting. No more manual nonsense.

Year: 1822 – Nicolas Rieussec files a patent for a “timekeeper or device to measure the distance traveled, called a seconds chronograph”. This is the birth of the era of the chronograph, or stopwatch.

Year: 1830 – Breguet introduces watches equipped with a button for setting the time.

Year: 1904 – Santos-Dumont orders wristwatch from Louis Cartier. The original watch is on display at the Paris Air Museum next to the 1908 Demoiselle, the last plane Santos-Dumont built.

Year: 1914 – By the end of World War I, wearing a wristwatch is the preferable form of timekeeping.

Year: 1927 – Charles Lindbergh completes the first transatlantic solo flight, from New York to Paris, in 33 hours and 30 minutes while wearing a wrist watch by Longines, the official timekeeper of this historic journey. Shortly after, Longines and Lindbergh develop the Lindbergh Hour Angle watch.

We’re into the 20th century… Stay tuned for a wrap up on the current historical standings of your favorite timepieces, and in the meantime visit our main page and take a gander at the products that DaLuca is currently offering to help compliment the modern watch collecting experience!