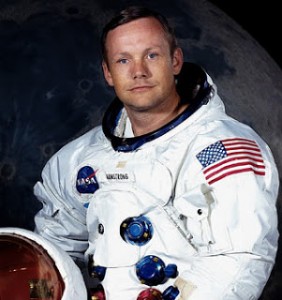 All week we’ve been tracing a timeline of the history of the watch. Monday, Tuesday and Wednesday we travelled up to where we are now (1929) and only a century or so out from today we investigate other huge moments in the history of watchmaking!

Year: 1929 – A man known as Antoine LeCoultre unveils his newest invention, a movement known as the Caliber 101. It is listed in the Guinness Book of World Records as the smallest mechanical watch movement in history.

Year: 1955 Dr. Essen (if you didn’t know of him, you do now) of the National Physical Laboratory is the genius who is the first to invent another first; the atomic clock. Basically it’s capable of keeping accurate time within a few seconds of every 100,000 years. Impressive, Doctor.

Year: 1957 – So many new inventions, so little time. This year America’s own Hamilton Watch Company comes up with the first working electric watch. Not necessarily stylish, but very versatile.

Year: 1960- Here’s so unusual stuff, don’t be shocked if you’ve never heard of this invention. Bulova Watch Company comes up with the Accutron tuning fork watch in 1960. What in the heck is that exactly? In basic terms the Accutron used an inch-long tuning fork instead of an escapement to power its oscillating circuit. Quite the anomaly if you ever see one.

Year: 1962 – The Rado Diastar is manufactured and becomes known as the original scratch-proof timepiece. It is made entirely from hard metal and serves as a touchstone in the history of quality and luxury watchmaking.

Year: 1969 – Our first non-invention in a while here. This is the year that the USA conquered the moon! Astronaut Neil Armstrong needed to tell time just the same as anyone else, and on his space flight he wore an Omega Speedmaster. Yes, there are certain timepieces out there that have been to places 99.999% of us never will.

Year: 1970 – The dawn of a new decade and the watch innovation is in full swing. The Hamilton Watch Company hits hard and fast by unleashing the world’s first solid-state digital quartz-crystal wristwatch into the marketplace. The watch succeeds as a prototype and is named Pulsar.

That’s all for today… But the weekend’s here! Or it will be soon. Until the next piece of our timeline is unveiled take a glance around the site, visit the blog archive and make sure to take a good look at our timeless watch straps at Daluca!