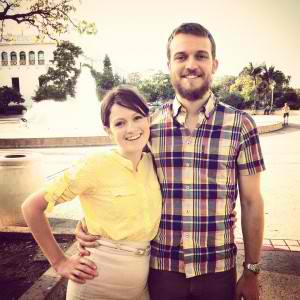 Men’s beard fashion comes and goes. Australian researchers have actually determined that the beard frenzy happening around the world may soon be screeching to a halt, and that frequent shavers instead may have the edge in attracting the fairer sex.

The reality behind it is one of simple saturation. An experiment was conducted where scientists asked volunteers of both sexes to rate a number of headshots from various pools of pictures, and simply put, the volunteers would rate bearded and non-bearded faces higher when they were presented in a pool of photographs where their chosen facial hair (or lack thereof) was less common.

Having a beard a few years ago would have provided a unique look. A beard today? It’s a common sight, sprouting from the chins of thousands. Hipsters, Hollywood celebrities, that fellow who works at the Shell gas station down the street, the beard resurgence is in full effect and has been playfully adopted by every social niche you can imagine.

Referring back to scientific rhetoric, our beards tend to follow a basic evolutionary principle known as “negative frequency dependent sexual selection”. In simpler words, it means that a certain trait on a human being is going to be more desirable in the eyes of potential suitors if it is less common in the populace at large.

So what’s a man to do when faced with this information? You may proudly display that chin fuzz until you yourself decide it’s time for it to be sheared. You may run into your bathroom and hack that thing off your face as soon as you realize it may impacting your game. You may even be one of those guys who has always rocked the inherent manliness of a bushy beard simply wondering what the big deal is.

The scientists themselves didn’t dictate how to handle your beard, and honestly nobody should ever try and tell a man what to do with it. They did however, flately state that “”Negative frequency-dependent preferences may therefore play a role in maintaining variation in men’s beards and contributing to changing fashions.”

So the world turns, so the gilded fashion pendulum swings. One minute white suits, floral patterns and bomber jackets are in, you blink, and all of a sudden those once hotly fashionable trends are faux pas. So it is, so it shall always be. Beards are clearly a molten hot trend right now, and who’s to say how long their popularity will reign for.

Despite scientific backing, the beard will always be an obvious emblem of the rugged machismo. Whether fashion passes dictate on adorning yourself with one or not as being ‘hip’ or ‘trendy’, most all men acknowledge the fact that sporting one brings out your burlier side. Aggression, maturity and an air of dominance all pervade the presence of a beard wearer but its up to him to capture those assumed traits and make them his own if he really wants to OWN his beard.

Besides, would an Ernest Hemingway type really bow to the whims of fashion anyways?