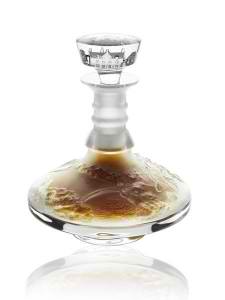 Us here at DaLuca are big Scotch whiskey fans, and we’d like to think that most of our readers are of similar tastes. We here at DaLuca are also connoisseurs of a number of things, including scotch of course, so today we combine our affinity to quality with our adoration of scotch into an article profiling the ten most expensive whiskies that good old greenbacks can buy you.

Glenfiddich is one of the whiskey world’s most beloved distillers. Their 1937 collection is one of unquestionable (and highly prized) taste and the reason that the scotch from this collection is so expensive is because there was only one bottle of it ever produced, and unfortunately for all of us, it was auctioned off nearly a decade ago. Glenfiddich has a knack for producing treasured limited edition bottles, as you will soon see.

See? Told you. This double cast whiskey from 1955 has been released in batches of 50 for the last ten years, and once its 500 bottle run is out, obviously no more will become available. The bottle itself is engraved with silver and it comes with a book, signed certificate and leather-bound box.

Named after the titan goddess of the moon, this rare whiskey was only known to have been released in thirty decanters. The Selene is mostly rumored to contain trace flavors of marmalade, cinnamon, coffee and chocolate and it goes without saying that due to its rarity is highly collectable.

This is supposedly the world’s oldest single malt. The whiskey itself is 46.1% proof and oddly is described as having a “waxy” tinge to its taste. It comes in a teardrop shaped bottle with a wooden box as well.

This whiskey is arguably the most collectable you can find, here on our humble little planet. Funny enough, this whiskey’s original price upon release was a paltry (in comparison) $80. Brewed in the Highlands of Scotland at 38.6% proof, the Macallan 1928’s price only continues to grow with its reputation.

Produced in 1942, this scotch is another one of a kind produced as one of twelve bottles mixed from a handful of malts from the years 1868, 1876, 1926 and 1939. The bottle was auctioned off to a man who shared it with his five closest friends, and rumor has it that they’re the only six people to have ever tasted this scotch. Pretty awesome.

Most likely the most famous single-malt scotch out there, the Fine and Rare is true to its name. The scotch itself is said to have a dry and concentrated taste with a licorice aftertaste. I’ve yet to befriend the Korean businessman who dropped 75 grand on it, so there’s no way to confirm the flavor… Yet.

Glenfiddich rides again! Janet Sheed Roberts died in 2012 at the age of 110, marking her as the oldest woman living in Scotland at the time, and these fifteen bottles were filled in 2011 as a tribute to her title. The whiskey itself is clear and has creamy vanilla overtones.

Only three bottles of this were produced, hence the whole “trinitas” in this scotch’s name. This is the first scotch ever to be sold at six figures, and it’s not surprising when you learn that it is entirely produced from spirits dating back to 1868.

Take a moment to google an image of this thing and bask in its sheer elegance. The decanter alone expresses this scotch’s undeniable and unique place on this list. Little is known about the whiskey itself, but as soon as we hear anything about it we’ll let you know. Someone at the auction where this was sold must have known something, though…