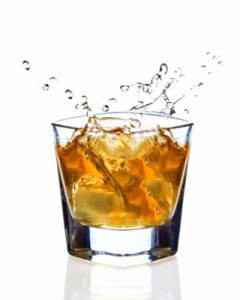 The most cerebral, dignified and complex of all liquors, scotch has always been considered to be the honest gentleman’s drink of preference. The ground level basics of personal scotch enthusiasm rest on a few essential facts about the drinks’ history and how it’s produced.

The first thing to know about scotch, and probably the most obvious thing about it, is that it is a Scottish whisky. That’s correct, it’s the kind of whiskey with no ‘e’ in its name. Like the title of ‘Scotch’, the usage of ‘whisky’ instead of ‘whiskey’ when referring to a liquor is typically a matter of where said liquor comes from. If the drink in your glass is of Australian, Canadian or Scottish origin it’s a ‘whisky’, whereas Irish whiskies in particular are ‘whiskey’. If it is from America or anywhere else in the world, than the ‘whisky’ or ‘whiskey’ label can vary between brands.

Scotch whisky originated as a drink called uisge beatha, which translated, means “lively water” or “water of life” and was initially made from malted barley. As the march of time has progressed, Scotch has also since been brewed from rye and wheat. In order for a whisky to be Scotch it must also be aged for a minimum of three years in oak barrels.

In 2009, the Parliament of the United Kingdom passed legislation on a decree known as the “Scotch Whisky Regulations”. These new regulations replaced the Scotch Whisky Act of 1988 which initially only governed the process in which Scotch was produced. The 2009 legislature also took into account the advertisement, labelling and packaging of the beloved liquor, tightening the guidelines on what whisky found itself worthy to wear the title of Scotch.

The guidelines for distilling Scotch may seem rather strict, and they are in place mainly to uphold the heritage and name of the drink, and of the people who make it. You also may assume that such strict rules might hinder the array of flavors Scotch may come in, but this couldn’t be further from the truth as it in fact comes in five separate styles:

The world of Scotch is exceptionally diverse in its range of flavor, but without these basic understandings of what makes Scotch unique in the realm of liquor it is hard to fully discuss or appreciate. Expect scotch and other fine liquor reviews soon here on the Daluca Blog.