If you have ever held a Patek Philippe watch, you must have observed the level of accuracy and the presence of a rare object in your hands. Here’s what every watch from the house of Patek Philippe offers:

In the early 20th century, the company known as Patek, Philippe & Cie was in crisis and was on the verge of foreclosure and shutting down. While the company was a high-end manufacturer of sophisticated and elegant watches for high-end clientele, the company was not making enough money to make ends meet.

In 1932, the brothers Jean and Charles Henri Stern purchased a powerful controlling interest in the company and became the white knights for the drowning ship of Patek, Philippe & Cie. The brothers already owned the most powerful dial manufacturing company, Fabrique de Cadrans Stern Frères. This company had been providing powerful dials to Swiss watch manufacturers and others around the globe.

The brothers decided to create something to attract mainstream buyers. They wanted to broaden the horizon of the company. In 1932, the first model of Calatrava was released as Patek Philippe Calatrava Reference 96.

The first version of Calatrava caused huge chatter among the chronology world and gained enough attraction to save the dying company.

Reference No. 96 boasted a heavy Bauhaus influence with an enticing and gorgeous David Penney’s minimalist design. The watch became immensely popular, and it became a standard for the future successor Calatravas which followed.

The watch was 9mm thick, and the diameter for the round case was exactly 31mm. It quickly became accepted as a powerful and elegant dress watch. It had a snap-on back and a flat polished bezel. To make it more comfortable, the brothers integrated the lugs into a three-part case design rather than the traditional one. Since the lugs tapered slightly to ensure a comfortable fit, the watch became more and more popular.

Moreover, the dial differed from the previous watches. It was simplistic, minimalist, and displayed what needed to be displayed; time. Applied trapezoidal markers in gold marked the hours around the outside of the dial. A sub-dial at six o'clock displays the small seconds. The hours and minutes were indicated by two gorgeous, pointed and faceted Dauphine hands in gold. 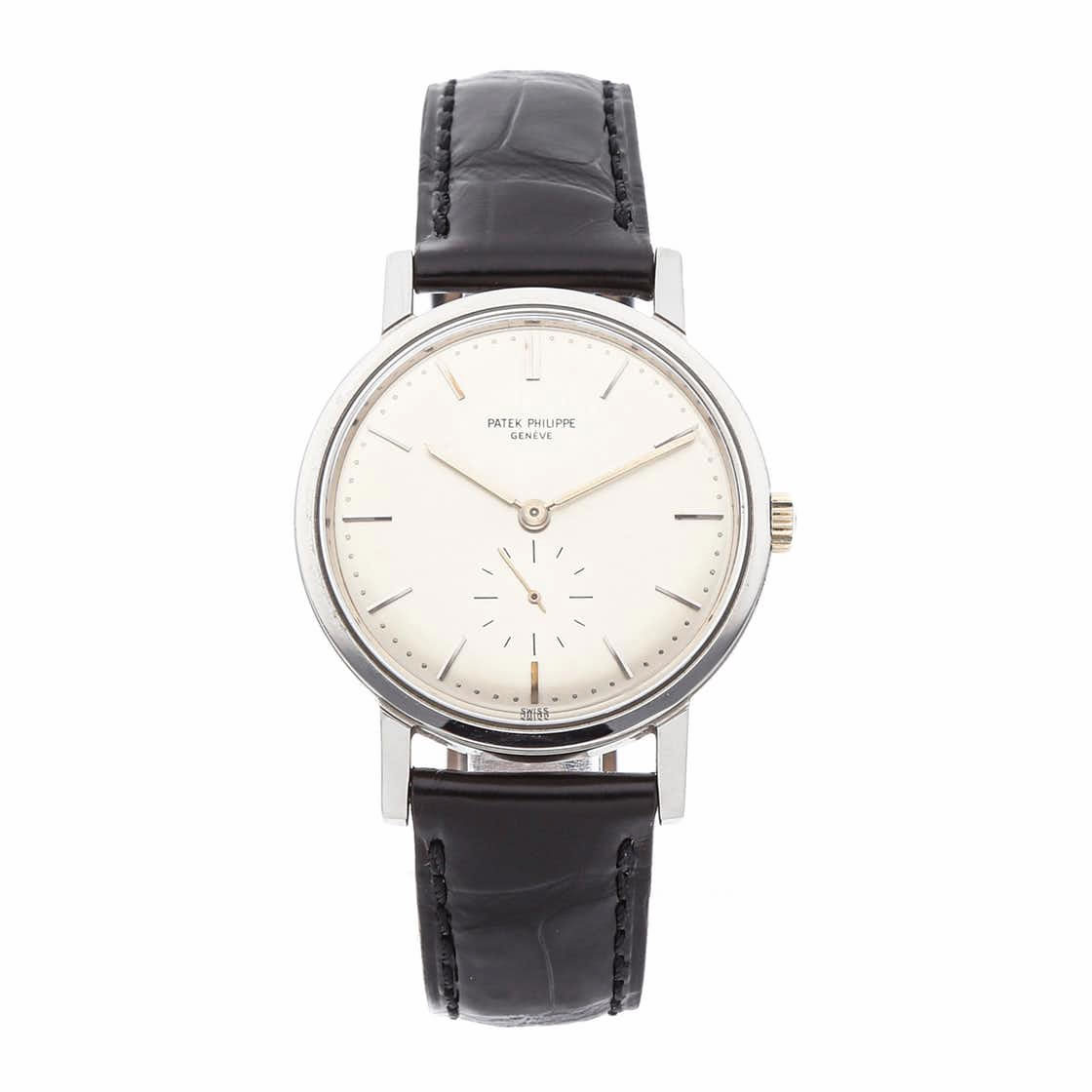 Since its inception in 1932, several variations of the watch have been released. However, only Reference No. 5196 came close to becoming the ultimate modern interpretation of the original Ref. 96.

There were minor changes, but the design for Ref 5196 resonated with the earlier concepts for Ref 96. Ref 5196 also featured a central seconds marker, and the date window was at 3'o clock.

Ref 5196 has a rather larger case than Ref 96. The diameter of the case is 37mm, and the thickness is 7.68mm. According to modern standards, this watch is sleek, slim, and remarkable in every aspect of elegance.

The watch also has a flat bezel on top, and it boasts simplicity with pride. The lugs are integrated directly into the case and still have that subtle curve for maximum comfort. Dauphine-shaped hands indicate the hours and minutes on the dial, whereas, prism-shaped indices designate the hours and small seconds on a sub-dial.

A robust manual-winding Caliber 215 PS handles the core power for winding movement. It is only 2.55mm thick and beats at a standard 28,800vph. This, in turn, offers precise and accurate timekeeping for all occasions. The watch is also pre-equipped with Patek Philippe’s patented Gyromax balance and Spiromax balance spring and bears the Patek Philippe seal on top. It is available in four beautiful colorways: white gold, yellow gold, rose gold and platinum.

There are only a handful of watches that even come to close to being called the “Perfect Dress Watch.” Patek Philippe Calatrava is on that list. So, if you are looking for simplicity, elegance, and accuracy in one watch, Calatrava is the one for you.

If you already have one, it is time to upgrade it with your watch straps. DaLuca Straps offers the most amazing and high-quality watch strap store for watches. You can opt for a gorgeous handmade alligator watch strap or select every detail possible with a custom watch strap. DaLuca Straps has it all for the customers. Pair your Calatrava with the perfect watch strap today.