The first GMT edition of Timex's flagship quartz-powered Q Timex has recently been introduced. After being reintroduced in early 2019, the current Q Timex series, which was inspired by the original Q Timex watches produced in the late 1970s and 1980s, earned a cult internet following.

The enthusiasm that greeted its introduction three years ago has been recognized as a forerunner to the recent MoonSwatch craze that swept the watch collecting community in late March. So, what does the new Timex Q GMT watch offer?

The Q Timex line was relaunched in May of 2019 when the company sought to pay homage to the period when quartz movements ruled the watch industry (hence the "Q"). That was only a few years ago. But there's been so many amazing things launched under the ever-expanding Q Timex banner since the initial smash-hit watch, a 38mm model with an interconnected strap, instantly recognized "Pepsi" bezel, and a quartz movement struck the scene.

The redesigned Q Timex GMT incorporates everything people liked about the previous reissue, improves the performance, and adds a few final touches that will appeal to both vintage and modern watch collectors. 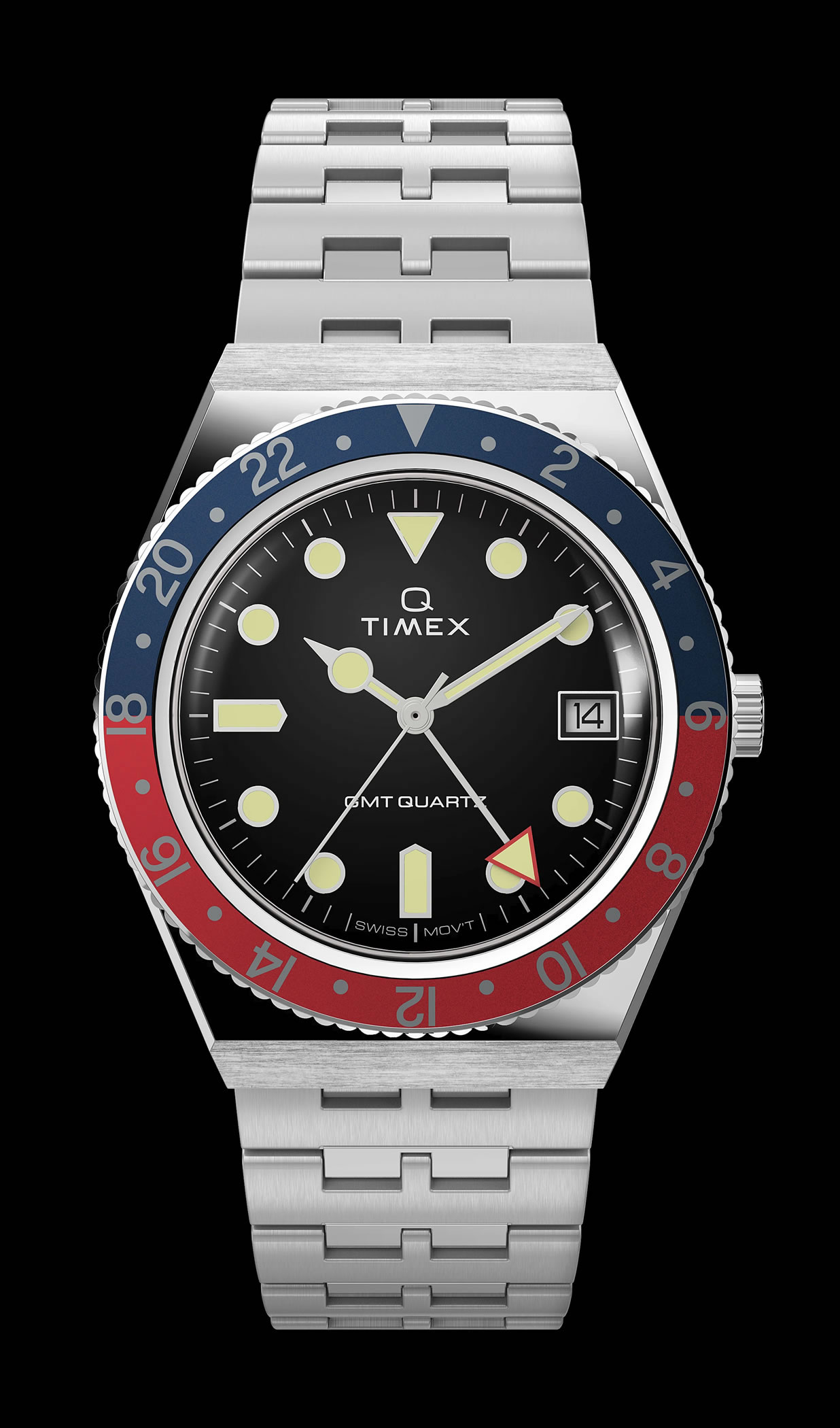 The Timex Q reissue's captivating dial is available in three options, the TW2V38000 which has a red and blue bezel, TW2V38100 that carries a black and blue bezel or the TW2V38200 which is all black with a subtle navy-blue shade that goes wonderfully with the Pepsi bezel. These dials feature a traditional, retro-inspired layout, making it a popular choice among vintage watch enthusiasts.

It boasts a big day-date window at 3 o'clock, as well as massive geometric hour indicators and silver-outlined lollipop hands. The hour indices and hands are all covered with beige-white luminous material, which gives them a vivid green glow in the dark that clashes nicely with the various dial choices. 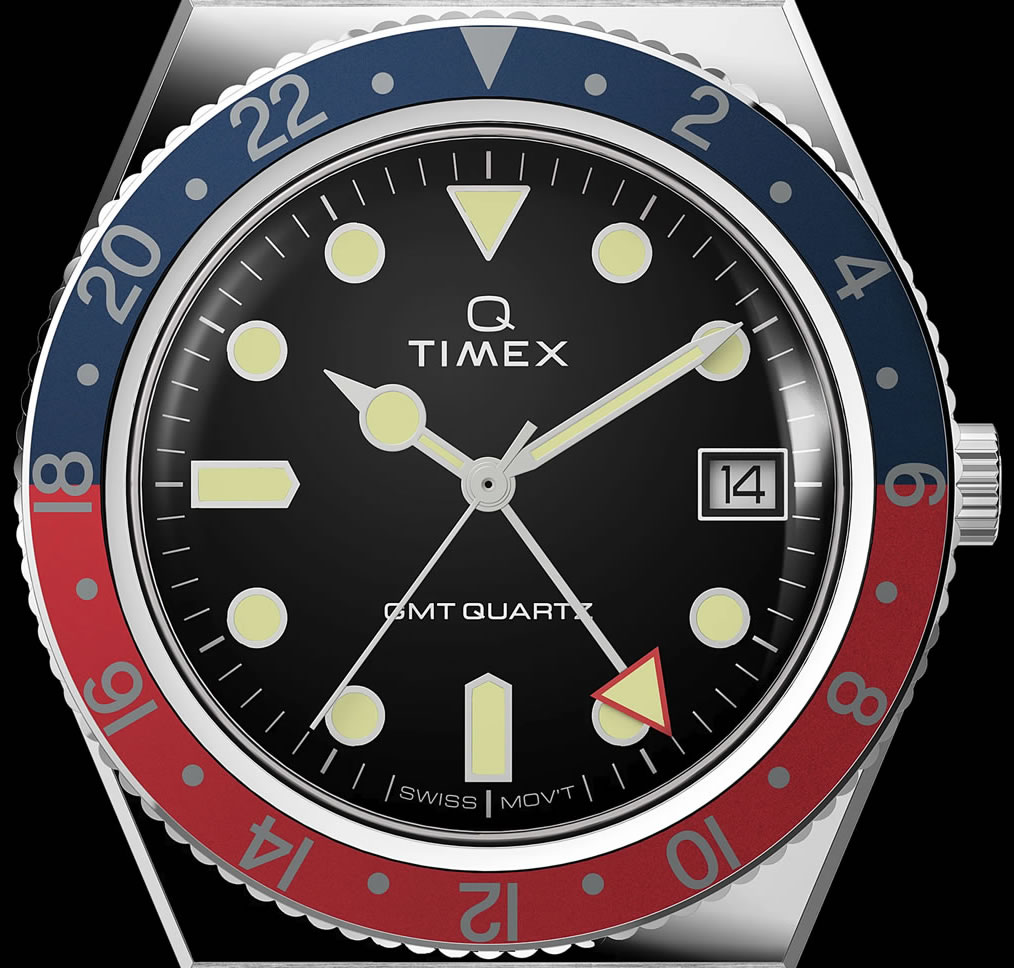 The Elegant Case and Bezel

With its neatly polished surfaces, the Timex Q reissue casing is beautiful and incredibly pleasing to the eye. This stainless-steel case has a diameter of 38mm and a height of 11.5mm, making it a semi-thin watch that is comfortable to wear all day.

You may effortlessly turn in the scratch-resistant stainless-steel bezel in both directions. It also includes silver Arabic numeral indications for keeping track of a second "time zone." A convex acrylic crystal is mounted on the bezel to preserve the Timex Q Reissue's dial.

The Timex Q reissue, like its precursor, is powered by the Seiko SII Epson PC33 quartz movement. With the contemporary introduction of the Timex Q, Timex did not see the necessity to improve the movement. Because this is a simple movement, you must manually set the day function by pushing the hands beyond midnight rather than having the watch adjust the date for you. This might be a significant drawback for enthusiasts who prefer more convenient timepieces.

The band that comes with the Timex Q reissue is also stainless steel. It completes the watch's classic appearance by perfectly complimenting its overall design and is also quite comfortable to wear on the wrist. The clasp on this strap secures the watch firmly in place on your wrist.

However, if you are looking for new ways to spice up your Timex Q around your wrist, you can get new watch straps for yourself. You can find leather watch straps, shell cordovan straps, or custom watch straps at DaLuca Straps.