How many times have you heard Tudor being compared to a Rolex watch? Tudor is frequently considered a less expensive variant of Rolex or a more stylish version of Rolex watches. Tudor is commonly seen as a more affordable alternative to Rolex watches. Given the Black Bay-shaped space the watchmaker has carved out for themselves, it's usually unfair.

However, it's difficult to overlook the parallels now and again. Every time they free themselves from Rolex's oppressively crown-shaped shadow, they demonstrate how at ease they are in it. The same is the case with the new Tudor Black Bay Pro.

Since 2018, many Rolex and Tudor enthusiasts have been hoping for a new Tudor GMT that would take the case proportions of the legendary Black Bay Fifty-Eight, with its 39mm size, and apply them to a travel watch. Tudor responded, and the company unveiled the Black Bay Pro at Watches & Wonders 2022. In a 39mm case, this watch did accommodate a GMT complex but in a somewhat different shape than expected.

In both the dimensions of the 39mm stainless steel case and that characteristic fixed 24-hour bezel, Tudor Black Bay Pro looks very much like an Explorer II, more notably the reference 1655. It's not a subtle hint but rather a more modern re imagining, and Tudor's take on the GMT-Master II is well received. 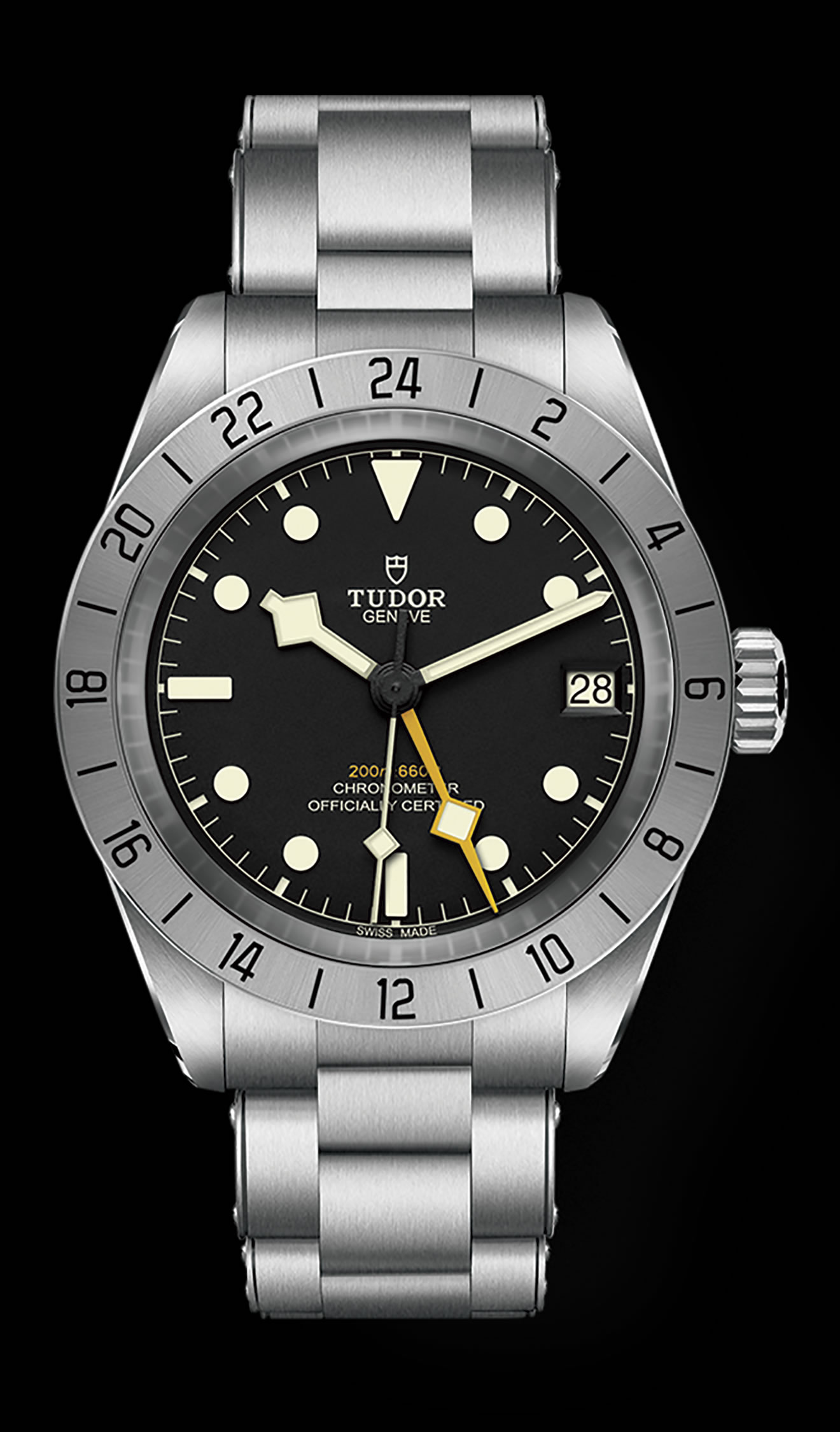 The dial is Tudor as well. The snowflake hour hand, together with a set of identically rhomboid second and GMT hands, are all in full force, the latter in a vivid, high-contrast yellow. It's also considerably domed, with a matte black finish that matches earlier Black Bay models. The snowflake pattern, which first debuted on Tudor divers in 1969, is a stylistic characteristic of Black Bay watches and timepieces from Tudor's history.

The triangular, rectangular, and circular hour markers on the black dial are the same as on previous Black Bay models. On the Pro version, though, they're fashioned of bright ceramic for optimal readability.

A date window at 3 o'clock is paired with the hands that indicate local time. The date moves backward when you set the watch to local time and pass past midnight. This is a one-of-a-kind function that will come in useful for tourists. 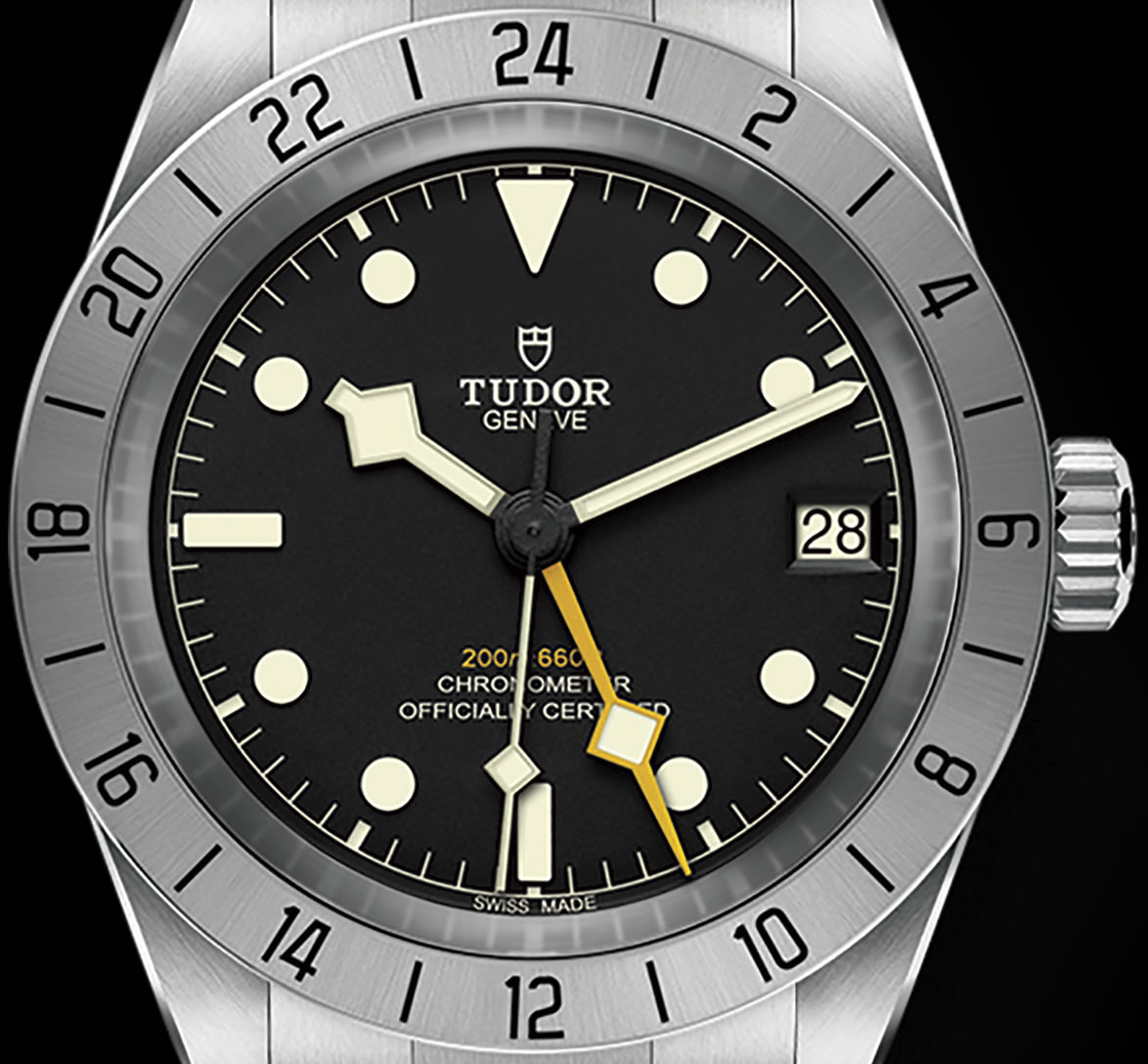 The Tudor Black Bay Pro is a professional tool watch. While many Black Bay watches are designed for divers, this one is made for globetrotters. It has a 39mm stainless steel case with smooth and refined finishes and a GMT complication that allows the user to keep track of two consecutive zones simultaneously.

Tudor Black Bay Pro is a beautiful watch, and it is among the most technical watches to hit the market. The overall design is a striking one and resembles the Rolex Explorer series. If you have already gotten your Black Bay Pro, it is time to spruce it up with lively watch straps from DaLuca Straps. You can find custom watch straps or shell cordovan straps. The final choice depends upon your preferences.