The last 40 years of the 20th century are often viewed as the years of intense evolution in terms of technology, science, music, and entertainment. We put a man on the moon and invented a whole range of smart machines to help mankind with their daily chores. The field of watchess also saw an intense boom in terms of performance, design, and excellence during those years, and Hamilton is no exception.

The original version of the Hamilton PULSAR was introduced in the year 1970. The advancements in the field of electronic gadgets also sparked a revolution in the watchmaking industry. The watch was introduced as a “solid-state wrist computer no larger than a wristwatch.” This may sound absurd, but it was the first watch ever to use a quartz movement to power a digital screen for time-telling purposes. It had no dial, no moving parts, and no ticking sound. It was a pure wonder, and the crowd was immediately mesmerized by it. 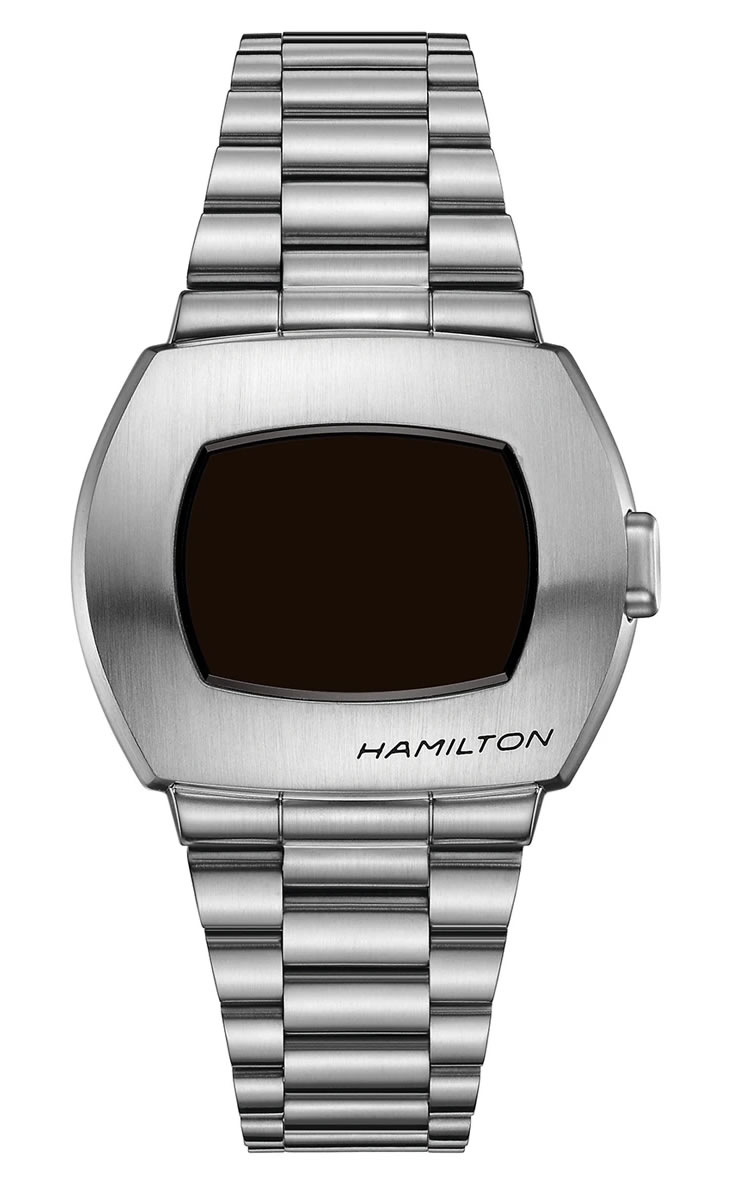 Rather than being a rectangular watch, it comes in a rounded, yet cushion-shaped design. It has the same dimensions as its predecessor: 40.8mm x 34.7mm. The glass dome is now made out of sapphire rather than the traditionally used mineralite, which was used for the original version.

One of the major differences is the elimination of the word PULSAR on the case. Since Seiko purchased the series from Hamilton, the watch now has the word “Hamilton” engraved on the case instead of Pulsar. Moreover, the modern version offers a water resistance of up to 100 meters.

Another major improvement in Hamilton PSR is the time display on the case. The previous Hamilton Pulsar used a simple digital display of LEDs, whereas the modern Hamilton PSR uses a hybrid reflective LCD (Liquid Crystal Display) / emissive OLED (Organic Light-Emitting Diodes) for displaying time across the case. This is more fluid in a display and goes in sync with the modern design. 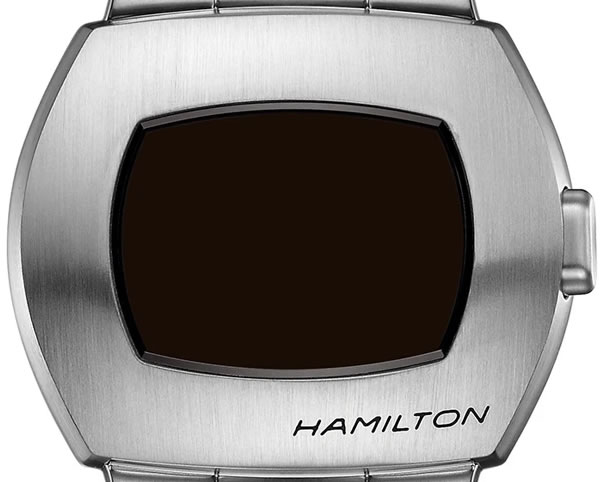 Moreover, the modern LCD also ensures that the users can easily read the time even under the sun. With the modern OLED display and no display backlight (since the background is pitch black), the battery life offered is that of 5 years. This is quite amazing considering that the majority of modern watches do not offer anything even close to that.

You can get this watch in two different versions. The first one is a brushed stainless steel case and bracelet edition, and this is the one that is more popular. However, the second version is a limited edition as it comes with a yellow gold PVD-coated stainless steel case and bracelet. One 1970 pieces of the second version are available in the market.

As a modern watch enthusiast, you must love the modern renditions of classic watches. However, if you also want to play around with your Hamilton PSR, and pair it with modern bracelets and straps, you can head over to DaLuca Straps for a wide range of watch straps.

DaLuca Straps offers everything from leather watch straps to custom watch bands. Moreover, you can also get vintage ammo pouch straps that will pair greatly and excellently with your Hamilton PSR.