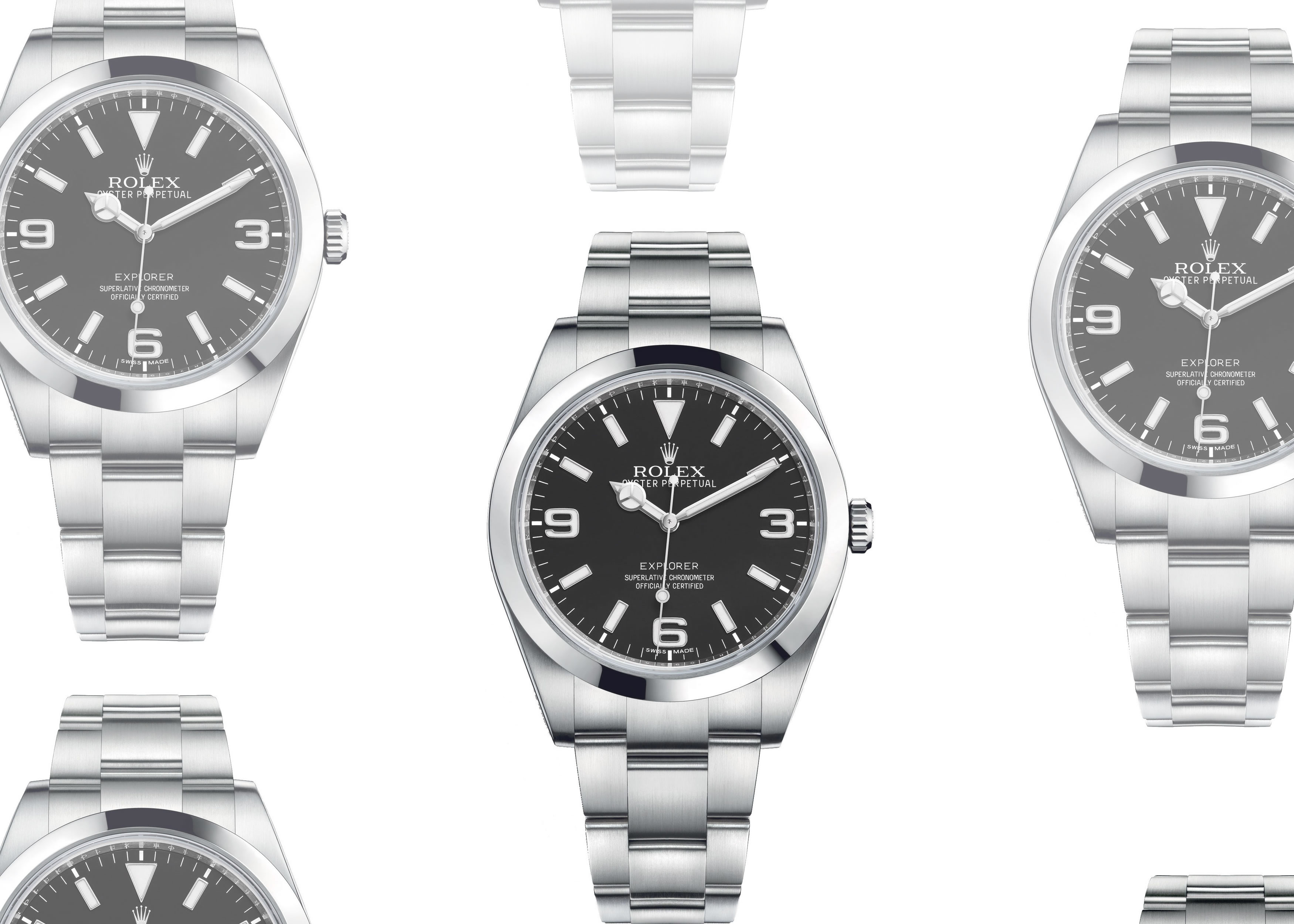 Rolex explorer belongs to the powerful sports watch collection from Rolex. Often considered an every-occasion watch, Rolex Explorer is a perfect companion for feats of extra-ordinary human achievements. The watch was first introduced in 1953 when Sir Edmund Hillary and Tenzing Norgay became the first individuals to summit Mount Everest.

The History of Explorer

Rolex watches showed up in almost every achievement of the last century. Almost every trailblazer's wrist was covered with a beautiful Rolex watch.

When Rolex first invented an explorer watch for the adventurous souls, they tested their watches on Himalayan expeditions. Some say these experiments began in the early 1930s. These tests were crucial as they were designed to prove that the watches could accurately keep time at -50°F and 70% less oxygen than at sea level.

When Hillary and Norgay climbed Mount Everest in 1953, Sir Edmund Hillary wore the Explorer and a Smiths. He was endorsing both the watches at that time. Soon, Rolex launched its Explorer series with a beautiful Reference 6298. Rolex claimed that this watch was the perfect companion for extreme outdoor adventures.

The first version of the Explorer featured a black 3-6-9 dial with Arabic numerals. Later on, Rolex introduced two new references with the same features: Reference 6150 and Reference 6350. However, Reference 6350 was officially chronometer-certified, and its dial was stamped with the official message. Reference 6150 was not certified and has "precision" stamped on its dial.

This is the year when Rolex Explorer began exploring its true potential and differentiating itself from the Oyster Perpetual line. Reference 6610 was released in 1959, and it truly set Explorer apart from the rest of the collections. This hallmark of excellence features:

- A Reverse Triangle at 12 O'clock

This reference also offered a beautiful variation in a red and black colorway. It was the red depth indication model that offered water resistance (50m) printed in red under the Explorer moniker on the dial. It was sought after by a lot of adventurers and was immediately loved by the audience. This reference also introduced the new calibre 1030 movement. 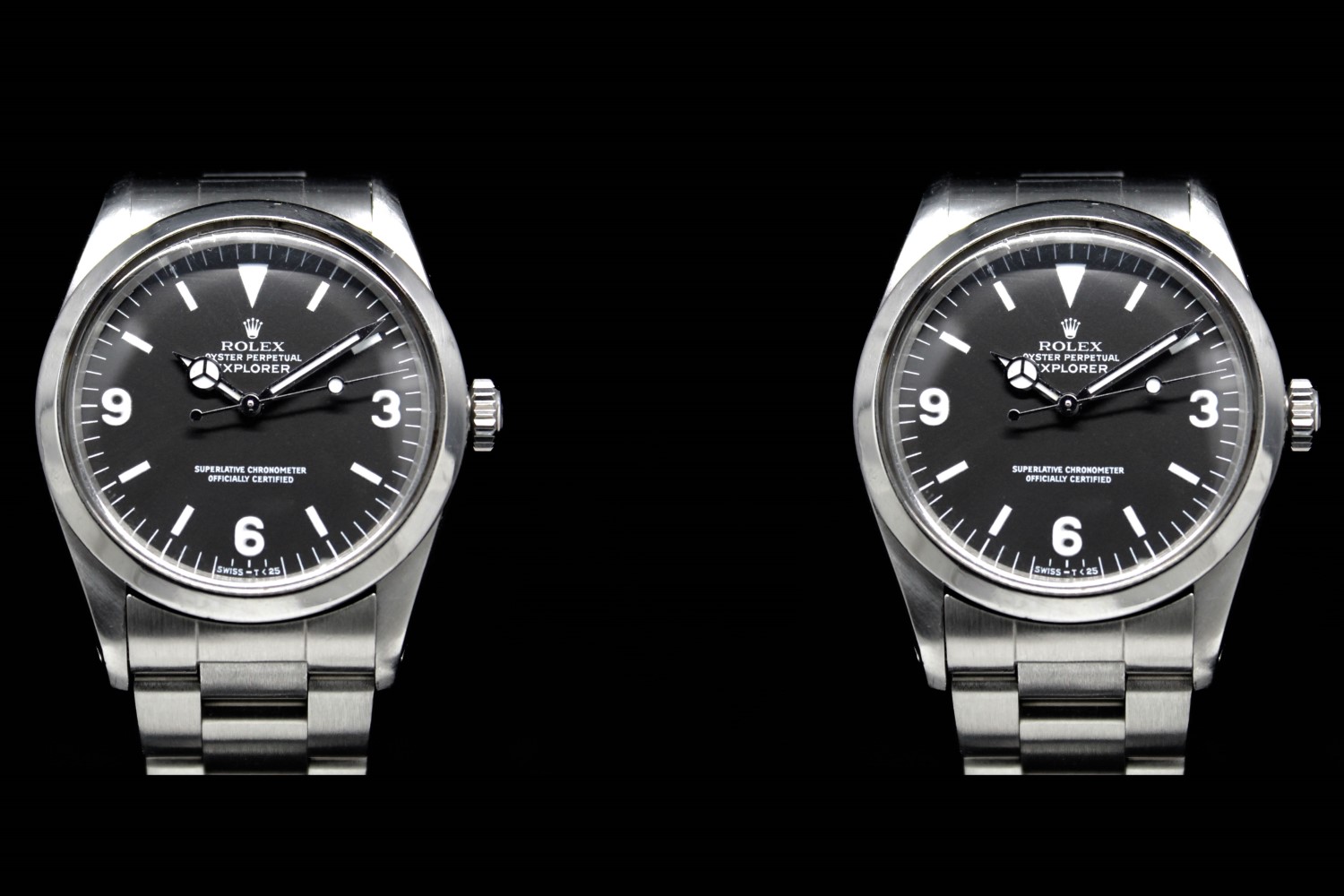 We all know that the most well-known Explorer is Reference 1016. The design was quite similar to 6610, but it showed enhancements to improve the overall design and accuracy of the timepiece.

This watched introduced the brand-new and improved calibre 1560, which later became the signature movement for Rolex sports watches. The water resistance was also increased from 50m to 100m for 1106.

1106 featured a glossy black dial with gilt details. Gilt-dialed Explorer 1016s are quite popular among the chronograph enthusiasts, and this vintage watch is valued at prices above $20,000.

Another essential feature of this watch is Tritium. Rolex moved on from radium to Tritium to avoid the health side effects of radium. Rolex Explorer was among the first watches to use Tritium, and it signified it by printing "T Swiss T" or "Swiss T<25" on the dial.

This is the year when Rolex explorer was modernized. Reference 14270 was introduced, and Reference 1016 was gently put to rest after years of service.

The matte dial of 1016 was replaced with a gorgeous glossy dial, and white gold surrounds on the applied indices. This version also introduced the improved and new Caliber 3000 movement inside. The acrylic glass was also removed, and a sapphire glass took its place. The model was beefier and resonated with the timepieces of the era.

Rolex moved away from Tritium and started using Super Luminova as a luminescent material. Ref. 14270 was replaced with a brand-new Reference 114270. This reference also featured a new calibre 3130 movement.

The latest version of the Explorer was released in 2010 in Baselworld. Ref. 214270 offered a 39mm Oyster case which was a modern approach towards the dial.

Due to hour hands length issues, Rolex re-released the watch with lengthier hands. The revised version was called "Mark 2." Mark 2 also features an in-house calibre 3132, which runs to +/-2 seconds a day and is COSC certified.

In case you didn't read the entire article, here is a summarized version of different reference numbers for Rolex Explorer.

- Reference 1016: the most loved vintage Explorer with a gilt-dial

If you want to accessorize your Rolex Explorer with outstanding and gorgeous watch straps, DaLuca Straps is the perfect online store for you. Here, you can get a vintage strap for your Explorer, or you can choose to go with a military leather strap or Shell Cordovan watch strap.

Everything at DaLuca Straps is guaranteed to offer the highest quality in terms of durability and luxury. You can also opt for handmade watch straps to pair with your gorgeous Explorer. The choice is up to you.